If you’re looking to inspire your children and encourage them to get creative, why not schedule in some of these fun indoor drama games for kids alongside their daily fix of sing-alongs and creative virtual parties?

These games are fun, easy-to-follow and are guaranteed to ignite their imagination. (And if it allows you a few minutes to grab a cuppa and a biccy, that’s a bonus!) 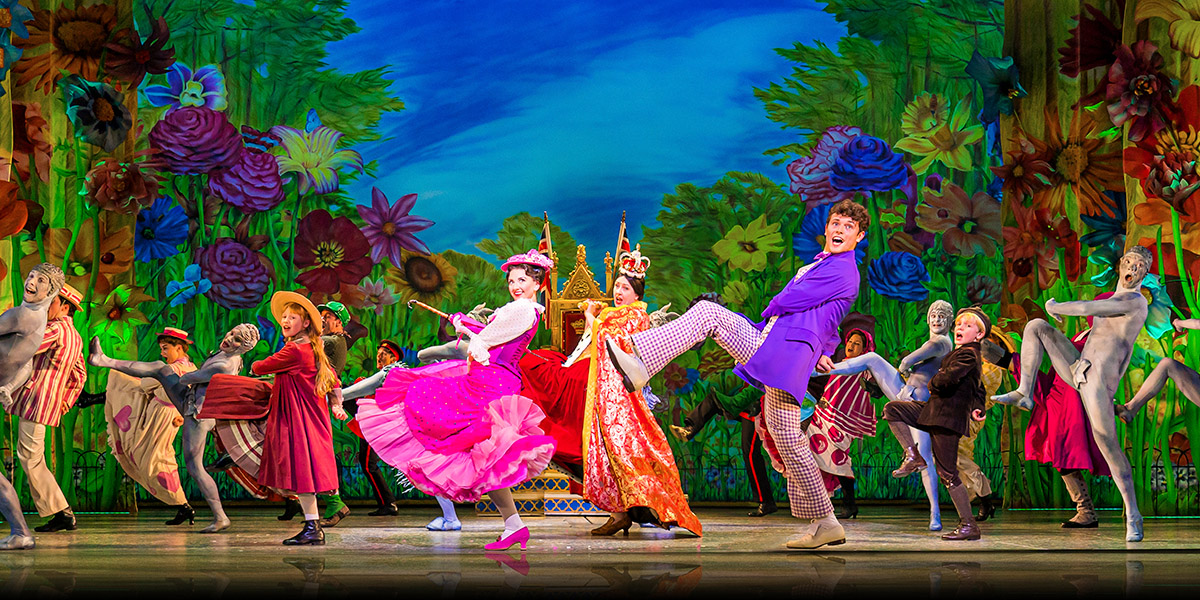 How many times can you say supercalifragilisticexpialidocious?

Tongue twisters are a great way to warm-up before any drama activity. Not only do they help with concentration and working on your articulation muscles, they’re also very fun! Begin this exercise by asking the kids to crinkle up their face as tiny as they can for 5 seconds, then to make their face as big as possible for the same time. Once you’ve done that, you’re ready to get going with the tongue twisters. Start off as a group and once everyone is feeling more confident, ask each child if they’d like to be brave and attempt to do it 5 times in a row. 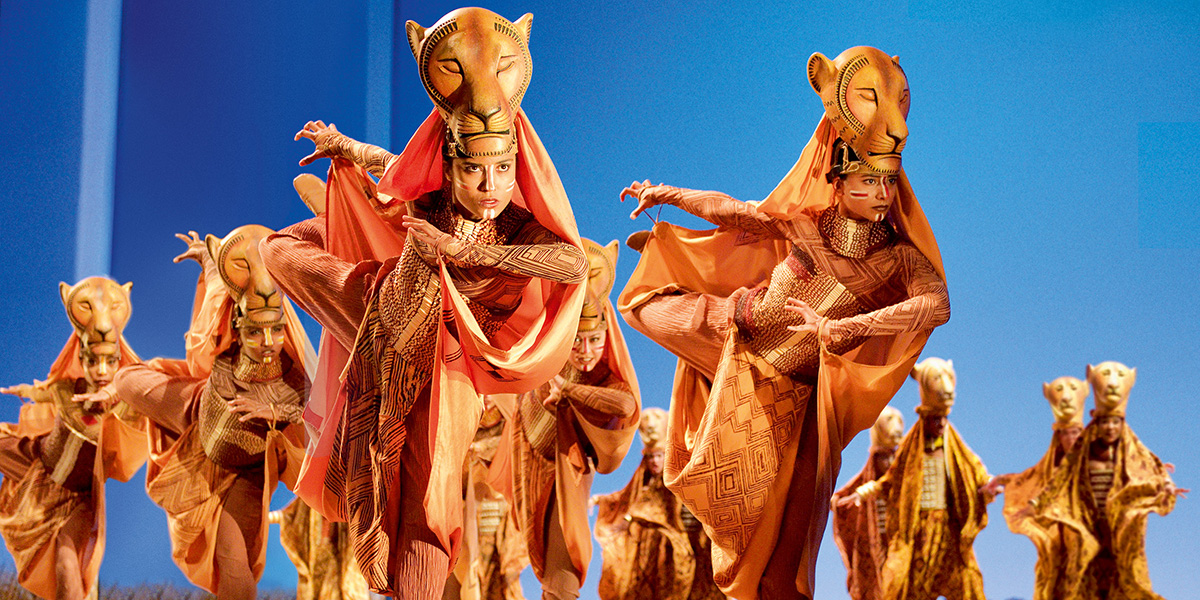 How creative can you get with just one word?

This is a great game no matter how big or small your group is. First, gather in a circle and then have a parent or the eldest child start the story with one sentence (e.g once upon a time, there lived a pack of friendly lions). Moving clockwise around the circle, each person adds one word to the story. Continue repeating this for as long as you’d like, or when you feel the story naturally comes to an end. It’s creative, it’s great for team bonding and at the end of it, you’ll have created your very own story! 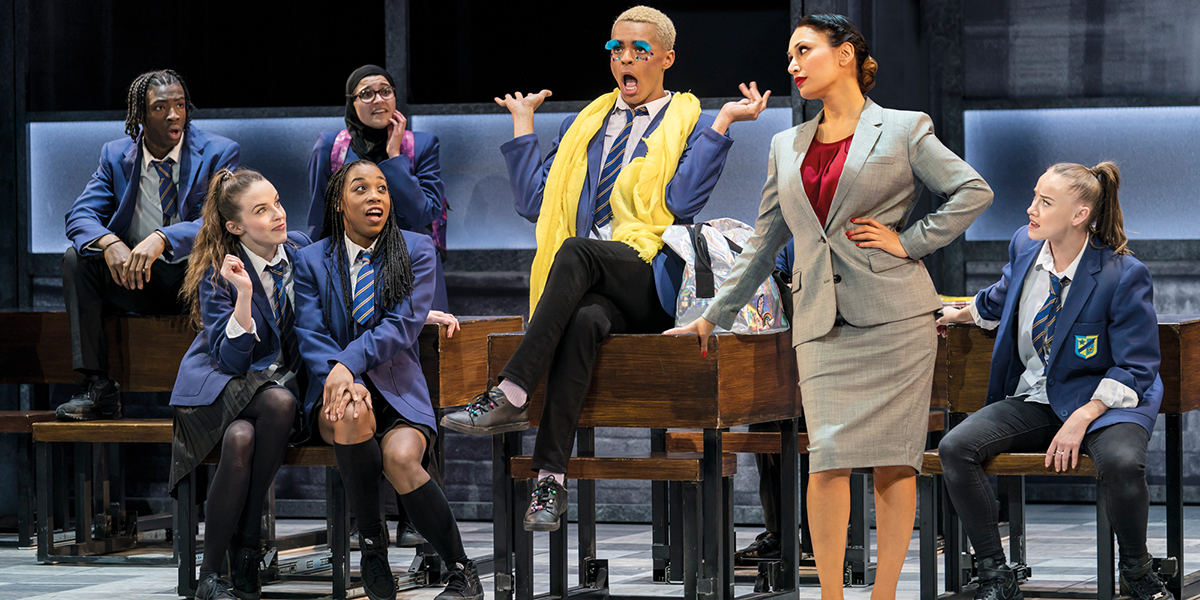 Listen out for when the director shouts freeze!

In this fun game, you can create your very own scene with a twist! Prepare a ‘stage’ for 2 to 4 people who’d like to act and then allocate someone to be the director who will need to think up a scene for the actors to start with. For example, you’re sat in class when you see a mouse. When the director calls ‘action’, the actors must begin acting out the scene. At any point, the director can call out ‘freeze’ and the whole scene must freeze.

The director can then select another person who would like to act and that person can tap one person to go sit down and they will then assume that position. And this is where it gets exciting… when the director calls ‘action’ again, the person who assumed the position must start a completely new scene based on the positions of the remaining actors. Continue this as many times as you’d like. This game is great for tapping into your imagination and improvisation, both of which are great skills to have. 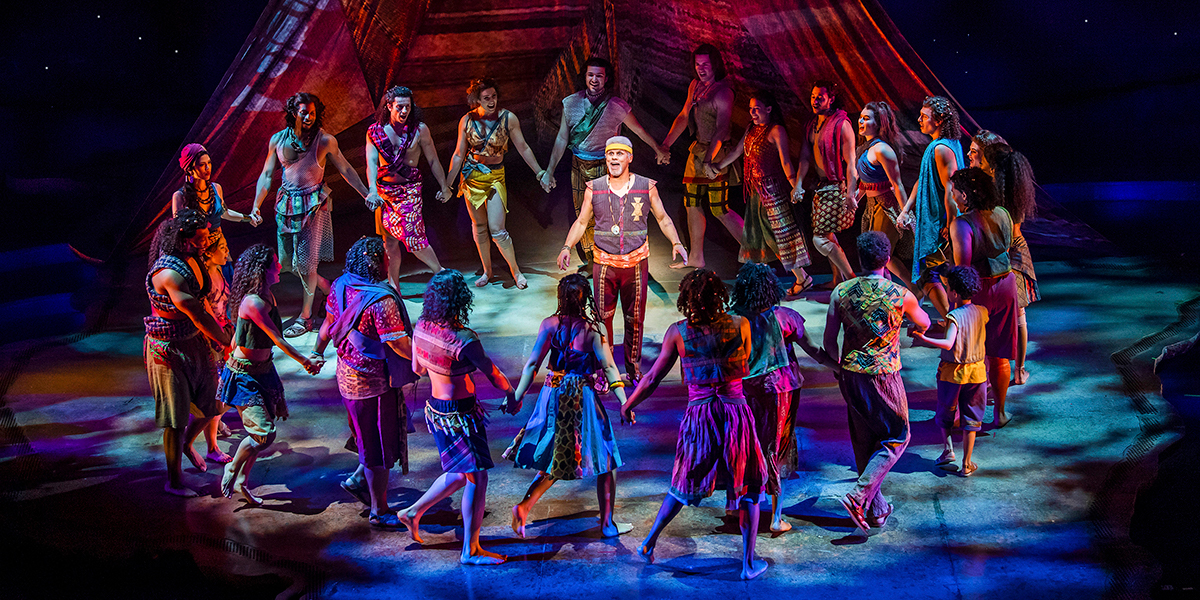 What will you pull out of the magic box?

In this game, an adult will sit in a circle with children and mime placing an imaginary box in front of them. Explain to the children that the box is magical and that within it there are various objects. You can mime opening the lid and taking something out of the box before putting it back and asking the children to guess what it was. The magic box is then passed onto the next person to mime with. What will you pull out of the magic box? How about a memorable prop from your favourite theatre show? This game is sure to get their imaginations running wild! 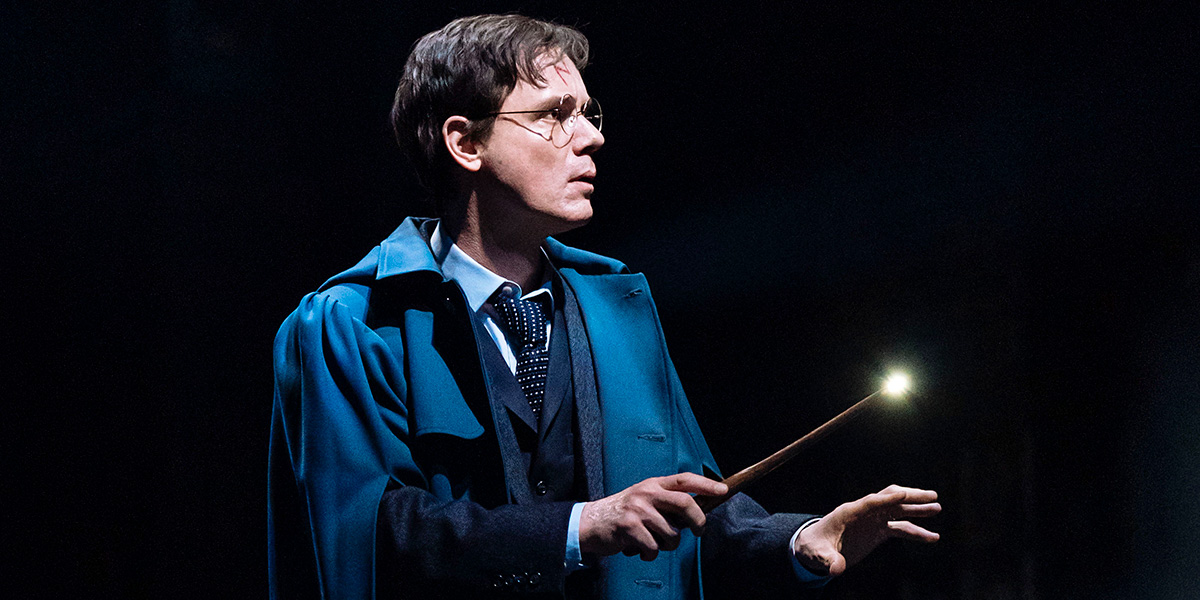 How does the music make you feel?

Ask everyone participating to lie down and an adult or perhaps the eldest child, plays a piece of music. Everyone lying down has thirty seconds (or more, if needed!) to listen to the music and whenever they feel ready, they can stand up and move around the room in whichever way the music makes them feel.

Does the music make you want to jump? Does it make you want to pull out a wand from your pocket and create some magic or does it inspire you to dance and skip? This game teaches you to follow your intuition and to do whatever the music inspires you to do, without focusing on what anyone else may be doing. If you need some inspiration, you can head to our YouTube channel for plenty of playlists and musical treats!

How did you get here? 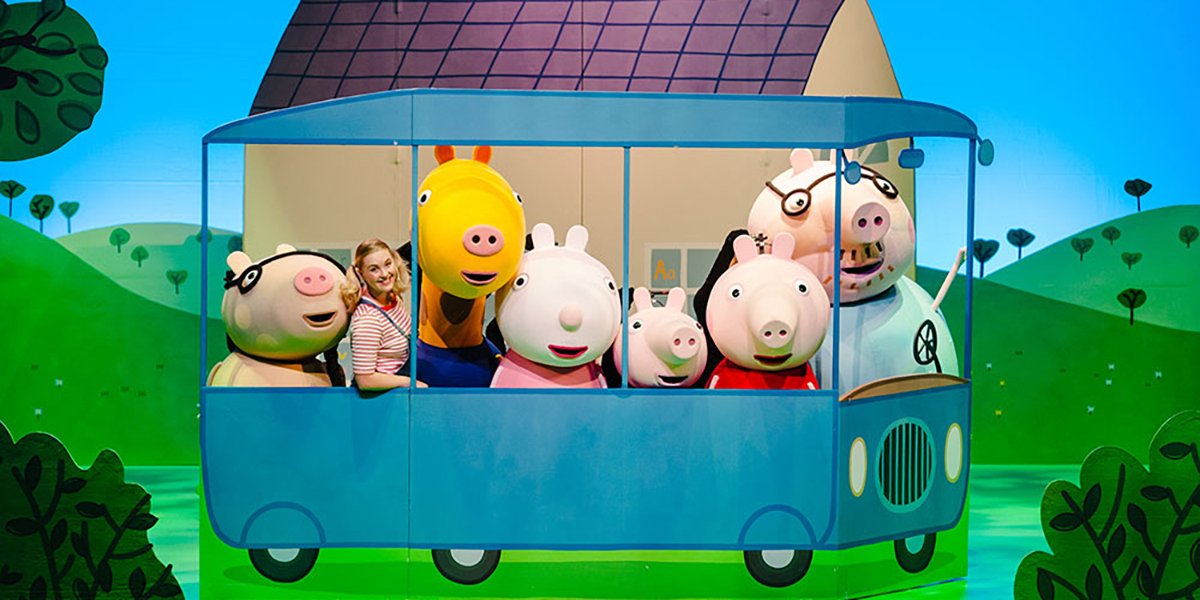 What method of transport did you travel use today?

Sitting in a circle and starting with the youngest, each child makes up a line about how they got there. For example, did you arrive by boat? Or was it a unicorn or time travel? How creative and wild was your journey? To make it fun, why not ask everyone to write down their favourite journey at the end and the person with the most votes gets to pick what everyone has for dinner that night? 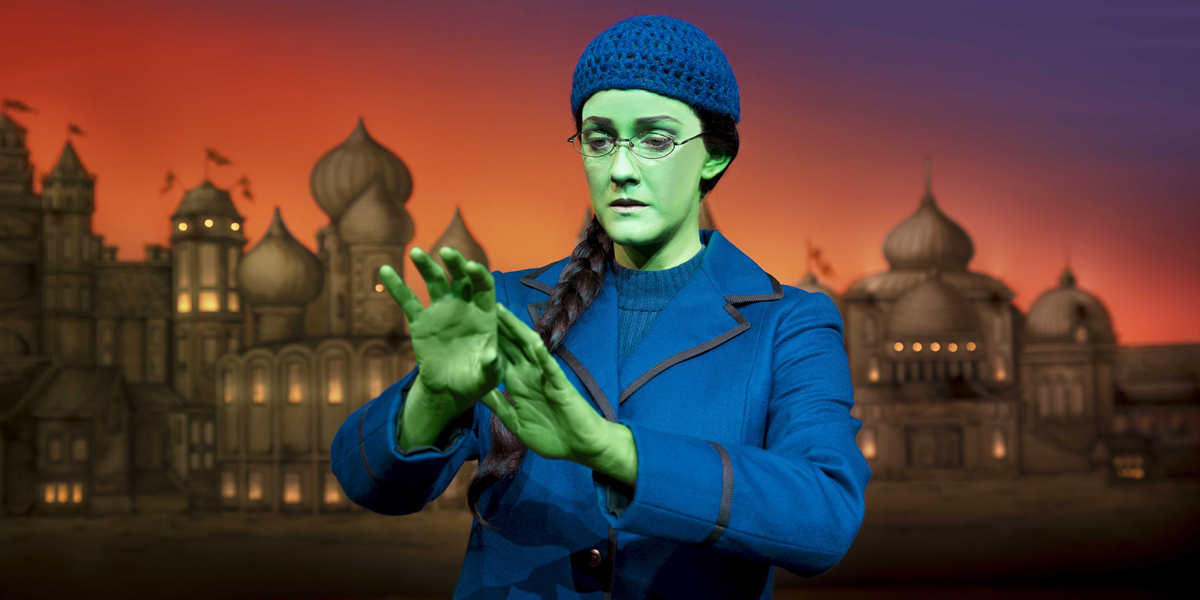 Which character will you choose to be?

Grab some lego pieces or pencils and begin by marking out a square roughly the size of a lift. For anyone who would like to act, ask them to think of a character they would like to play. When everyone’s ready, they can step into the lift in character before the improvisation begins. At some of the point, they must imagine that the lift breaks down… and then sit back and allow for more creativity! Will they be Jamie, Simba, Elphaba or perhaps Glinda The Good Witch? And how will they deal with being stuck in a lift with lots of different characters? 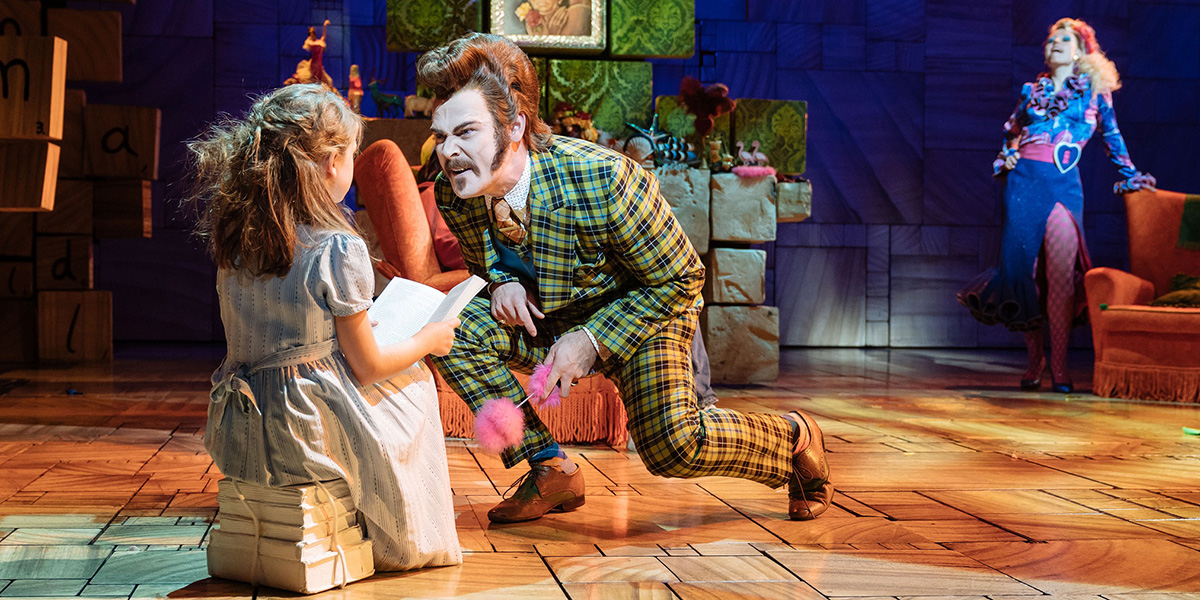 How fast can you say bop?

There are many levels to this game but it begins with an adult/designated person pointing to someone in a circle and saying bippity bippity bop as fast as he/she can. The child being pointed at must say bop before the adult gets to the end of the phrase. If the adult points to a child and only says bop, the child must stay quiet. The aim is to get the kids to say bop fast enough in the first scenario, and to not say bop in the second.

If you want to step it up a level, you can add a new rule. For example, if the adult points to a student and says Matilda, the child must mime opening and reading a book. To make things more challenging, the child to his/her left must recreate Matilda’s angry father, Mr Wormwood, or Miss Trunchball. You can continue to step this up each time with a new rule.

The purpose of this game is to be attentive and to work on quick decision making, focus and to get some energy out and have fun!

If you enjoyed these games and are looking to incorporate some more theatre fun into your day, check out our theatre quiz to find out who your inner West End child is or play our spot the character game.

Editor's Pick Where to find your theatre fix online

Editor's Pick How audiences can help the industry

The Lost Alhambra – 50% Off Drinks

If you click through to seat selection (where you'll see either best available or a seating plan), you will be seeing the most up-to-date prices. If this differs from what we've written on the calendar, please bear with us, as those prices will update soon.

We are now cancelling all performances up until and including 31 May 2020 to help us process existing bookings whilst we wait for further clarity from the government in terms of when we will be able to reopen.

We are so sorry that in these testing and difficult times you are not able to enjoy the show you have booked for and hope the following helps clarify next steps in respect of your tickets .

There is nothing that you need to do if your performance has been cancelled, but we do ask for your patience.

We are processing in strict date order of performance, so you are likely to be contacted after the date you were due to go to the theatre. However, we want to reassure you that you will be contacted, and your order will be processed, but please do bear with us.

We’d like to thank everyone who has been patient and kind in dealing with their ticket providers so far and we are sorry that we cannot process your order as quickly as we would like.

Please do not contact your credit card company as that will slow the process down and put an additional burden on our box office and ticket agent teams.

In order for us to serve our audiences the best we can, please do not get in touch with your point of sale if you have booked for performances after 31 May. Please be reassured that if we have to cancel future performances you will be directly contacted by your theatre or ticket provider. Our producers continue to plan for all eventualities dependent on the individual needs of their shows and we will provide further updates on specific shows as and when they become available.

We look forward to welcoming you back into our theatres as soon as we are allowed to resume performances. In the meantime stay safe and healthy.

Stay up to date