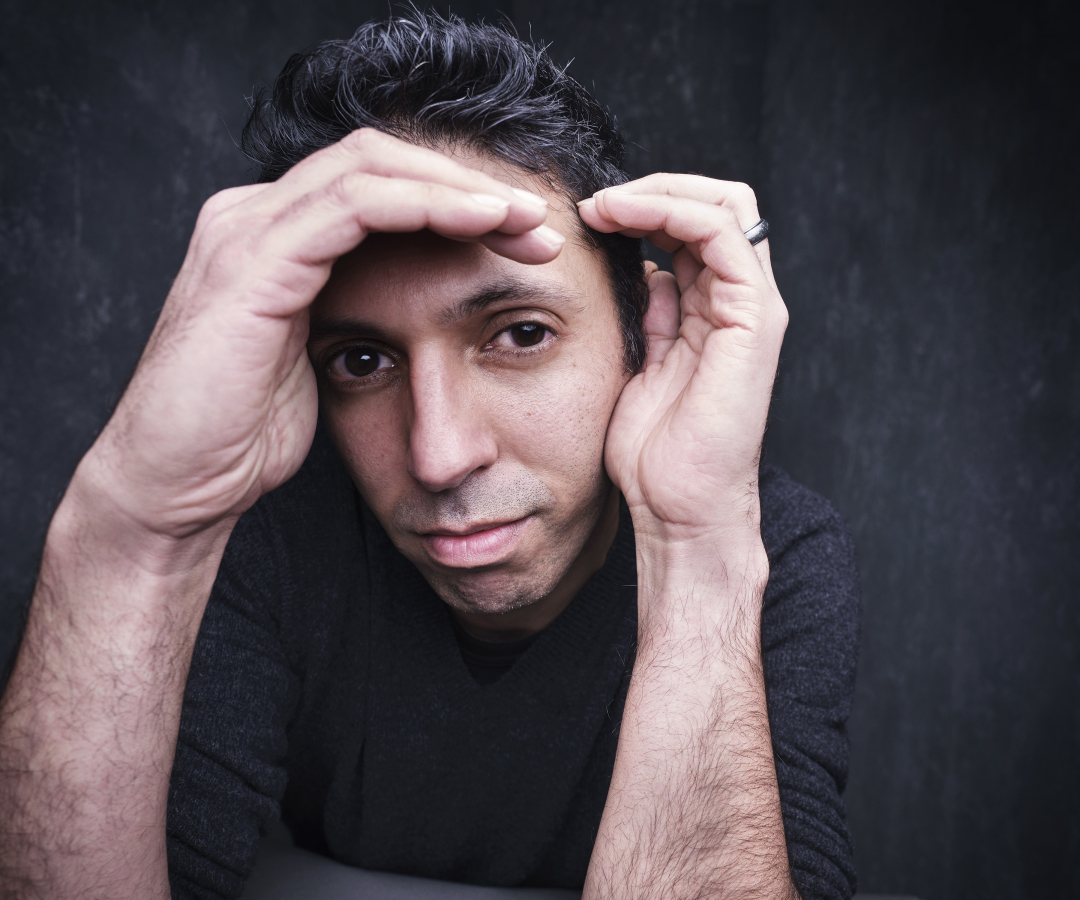 What has the journey been like to get back into theatres?

It’s been, it’s kind of been like, nonstop. It’s gone from almost nothing to suddenly, you know, speeding on, to try to get the show back on together. And you know, we took the opportunity while we were shut to kind of do loads of upgrades and improvements and stuff. So, you know, it’s been kind of quite exciting, quite fun, you know, and that slow build-up knowing what’s coming. And so yeah, it’s been really good, I’ve enjoyed it to be honest. Especially after doing nothing for so long.

You were happy to get back?

Yeah, absolutely. It’s just weird. So, it’s one of those things where, you know. It’s like when you meet an old friend, but like 100 of them all in within a space of like a week, you know. You get that feeling again and again. Oh my God, what been… catching up with what everyone’s been doing and how they survived, you know. It’s been, it’s been fun.

And then I bet it feels normal again within the first…

Absolutely. I mean, that’s the thing I mean as we started ramping up, I was saying to people, I said, you know once we’ve been there a week it’s going to feel like we’ve never been away. You know, so if it wasn’t for the money side of things, you could easily take another year off, do you know what I mean? But yeah, no, it’s been good.

And how is it being back, for you?

It’s been great. I mean, like I say it’s been it’s kind of, it’s kind of felt like it’s… we’ve been catapulted back into it. But everyone, you know, theatre people just get on with it and just make it happen. So, it’s kind of that whole spirit of like, yeah, you know things are different and we have to kind of take account for different stuff. But, you know just do what we do, you know, it’s been awesome.

Yeah, and what have you missed about live performance?

Definitely the you know the buzz you get and the reaction from audiences you know. I mean, it’s fine watching stuff on TV and even live performances on TV. It’s just not the same atmosphere. So that atmosphere is definitely something that, you know, it really kind of hit home how much a part of the job that meant to me. And obviously the relationships you have with people on and off stage, you know, you miss that as well, so that’s one of the biggest bits. 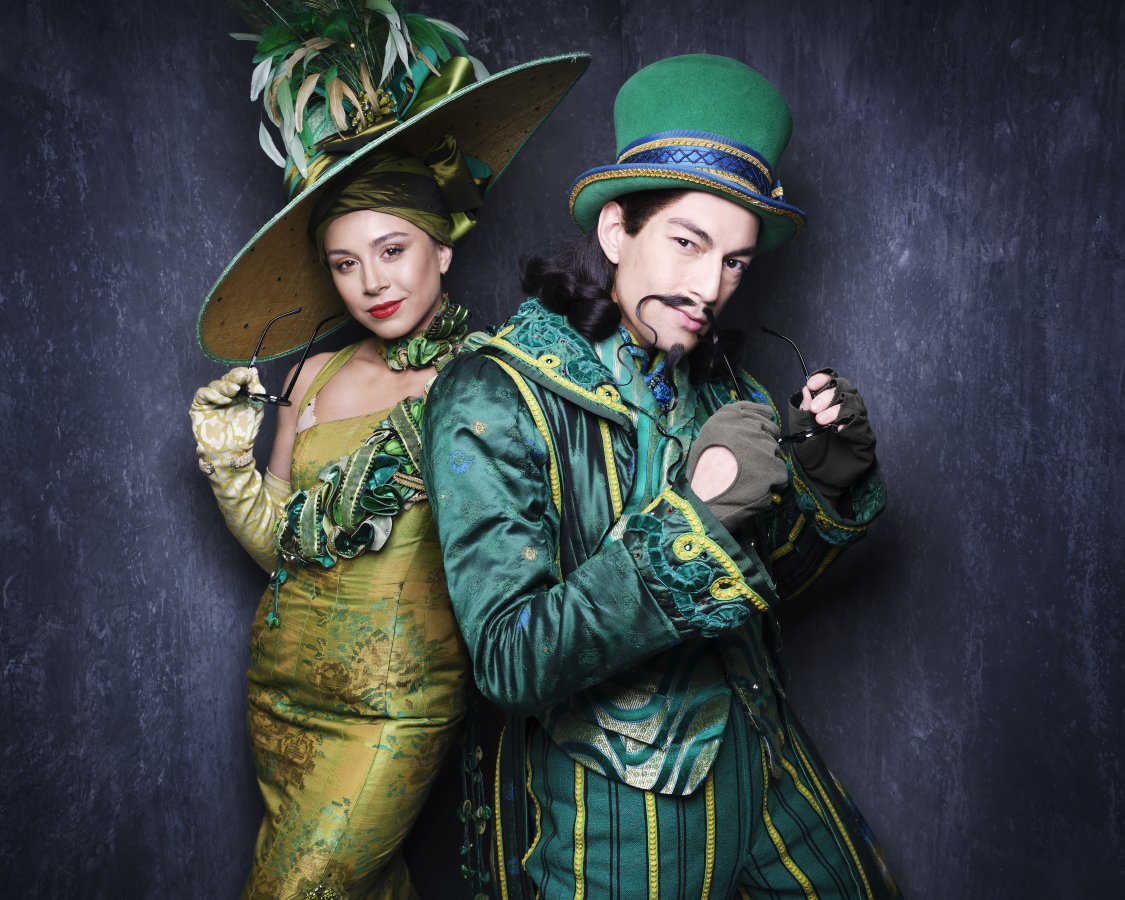 It’s been a lot of fun. It’s been a lot of hard work to kind of… get the stamina back. But I think ultimately, it’s just amazing to get back together as a cast and as a company and just have that like camaraderie and just to be together and experience things together again and be part of a team. It’s really helped us.

And how are you finding it being back?

Well, I like having a schedule. So, I like to know I have to be somewhere at a certain time and do the show. But it’s been really nice and the audiences… it’s almost like we never left. Like, our audiences are packed every night, we’re just like completely sold out and the audiences are just so ready for us. And they’ve been wanting this for like nearly two years. So, it’s been amazing.

Yeah, everyone says that, actually. Like, even with applause.

Yeah, like our opening night was like, I’ve never experienced anything like that in my almost three years of Wicked. It was just, every song was a standing ovation and when Alfred was flying, the audience just like lost it. It was really special.

I could imagine it was amazing. And what did you miss the most about live performance?

I think… as a performer or as an audience member? Or both?

I think going to a show you just like get to lose yourself for two and half hours, and forget about your life and just have an experience with 2,000 other people in a theatre. Whether you laugh or you’re crying; you take something away from it. And I think we would really missed that. Like, I feel like films can only give you so much. But being in a theatre with all those people going through the same thing as you, in that moment, it’s just really special.

What has the journey been like to get back to theatres reopening?

Where do I start? It’s been a lot, and… I mean, I’ve been very, very fortunate to have you come out of this long period and actually be making my West End debut. And so, very… yeah, I feel like it’s quite… It’s very special. Definitely it’s put the icing on the cake of a very bad or a rough kind of few years.

Yeah, definitely. So, what were you doing before the pandemic?

I mean, I was auditioning, you know, I was living that life, yeah. And I was actually kind of very close to getting a lot of West End debuts, or West End shows. And so, yeah, so kind of I was very, very close to getting Wicked but. Obviously, I think it was… Literally, I was waiting to find out and then all of a sudden everything shut. So, it’s like, ok, you’ve got to start again. But it’s worked out, luckily.

So, if I say, how is it being back? Is it almost like you’re not back, because it’s the start of something?

I guess. Yeah, I guess in some ways. But also, it has made a massive difference being back. Having been back, generally. And I see it for my friends as well. It’s yeah, it’s been very, very much missed, for sure. And even me going to the theatre and things like that. I love it. So, just to be able to experience it again, it’s just amazing. Yeah, and to be a part of it, even better! To know that I’m being that person, that maybe, it’s everyone’s first show back for. Yeah, I know for a lot of people, going to the theatre is a big thing, and they’ve not been able to do it. And to be a part of it now. It’s just, yeah.

And what did you miss most about live performance? Whether that was being in it or watching it.

About theatre? Oh my God, all of it. It’s just a way for me to just express myself. And obviously, being locked up at home, you can’t dance, you can’t let that emotion out. That was… and it was a lot of emotions in that time. So, to be able to actually dance and actually express myself again, on the stage with people watching. Yeah, I don’t know. It’s maybe just the performer thing, but you just, it’s just that feeling. That feeling, yeah. I can’t even explain it. It’s very difficult to explain.