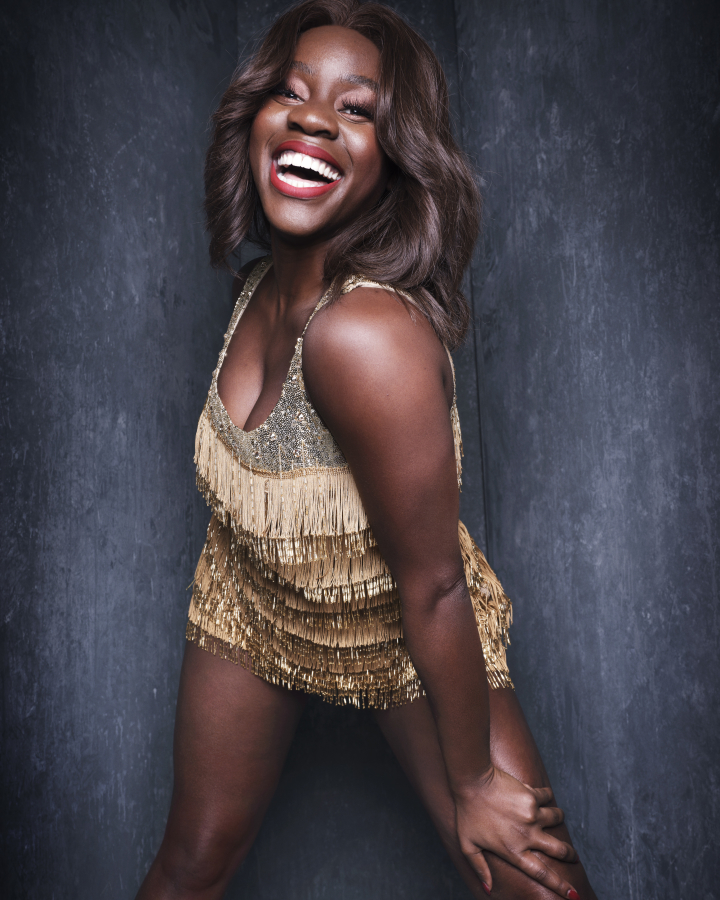 What has the journey been like to getting back to the theatre reopening, for you?

It has had its peaks and it pits. In the sense that it’s been… It had been a long 16 to 18 months not to be on the stage. And since, well, especially with the show Tina, it’s really high energy and you’re singing all the time. So, I went through a bit of a period where my voice was just like, ‘whoa, hang on a minute, I need a break!’

So, we had that, but also a peak of it was seeing everyone come back different, in a good way. And seeing the industry that we work in as an amazing opportunity, because it’s something we studied for, many of us – not all of us, not all of us have studied – but it’s something we’ve always dreamt about. But also taking the reins back a little bit and saying that yes, it’s a privilege and a blessing and an honour to work in such an amazing place. But also, we are humans and we will also need to be looked after a little bit better. Which I’m sure that people will do and will listen to us.

You know I’ve had a question on a couple of times and I still think I find it a bit surreal. I think I’ve been on stage, or been back on stage, for a shorter amount of time that I have been off stage recently. So sometimes it’s just surreal. I’m realising that I’m getting more butterflies than I ever had done before, just nervousness.

What did you miss the most about live performance when you were away?

I missed that it was live and anything could happen. I love a cheeky show stop! And I probably shouldn’t say this, but sometimes people fudge up their lines. Yeah, and it’s funny, you know. Or corpsing onstage because someone has chosen to do something different that still suits and fits, it doesn’t take away from the show, but it’s something different because people are playing on stage. And like I said, it’s a playground. It’s a big playground for me. I’m literally just a big kid and so to have play time taken away from you, it can be a bit sad at times. And you find ways to get elements of that play back. But it just kind of compares to… You know, you have wet play at school, and then you play snakes and ladders? That’s kind of what it felt like. And now it feels like yeah, I’m out in the great outdoors again and I can run around and just fall over and be silly and have a good time and entertain people. 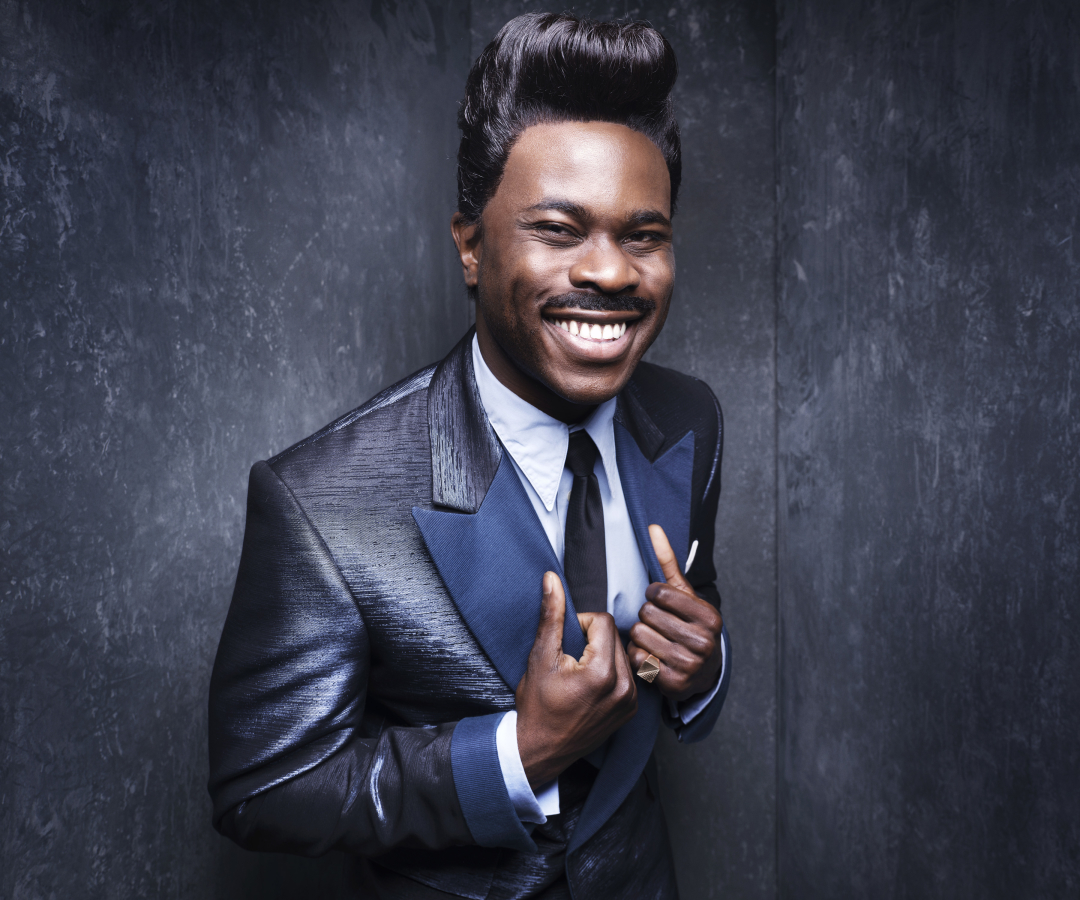 Can you tell me about your journey from when the theatre closed to when it reopened again?

I had… I had a bit of a journey. I’m originally from California, so when the theatre closed, I was still here, I wasn’t able to go home. And you know, it was quite… It was kind of, it was a shock. You know, to go from being on the stage so regularly to not. But you know, it was difficult for everyone. But luckily the airlines opened up a little bit, so I managed to go home and I stayed home for the rest of the year. And I just kind of got to recalibrate and just anchor down and reconnect with my family and stuff. And then when we got the word to come back, I was jonesing, I came straight back fully – thankfully – fully reenergised and just thankful to be back.

And how does it feel being back on that stage?

Oh, my goodness. It’s fantastic. It is so wonderful to be able to share this experience and this story, such a wonderful story with so many people who are so keen to come back and see it. And it’s just been a super warm welcoming. And it’s been fantastic to have an experience with an audience again, which is really dope.

Is there anything in particular that you missed from live performance during your time off?

Just that energy. That it’s a relationship that you’re in with the audience, you know. When they’re really buzzing. It feeds you and then you, in turn, feed them. And it’s just kind of like this tango almost. And I really, I really missed that. So, it’s really great to get back on the dance floor again. 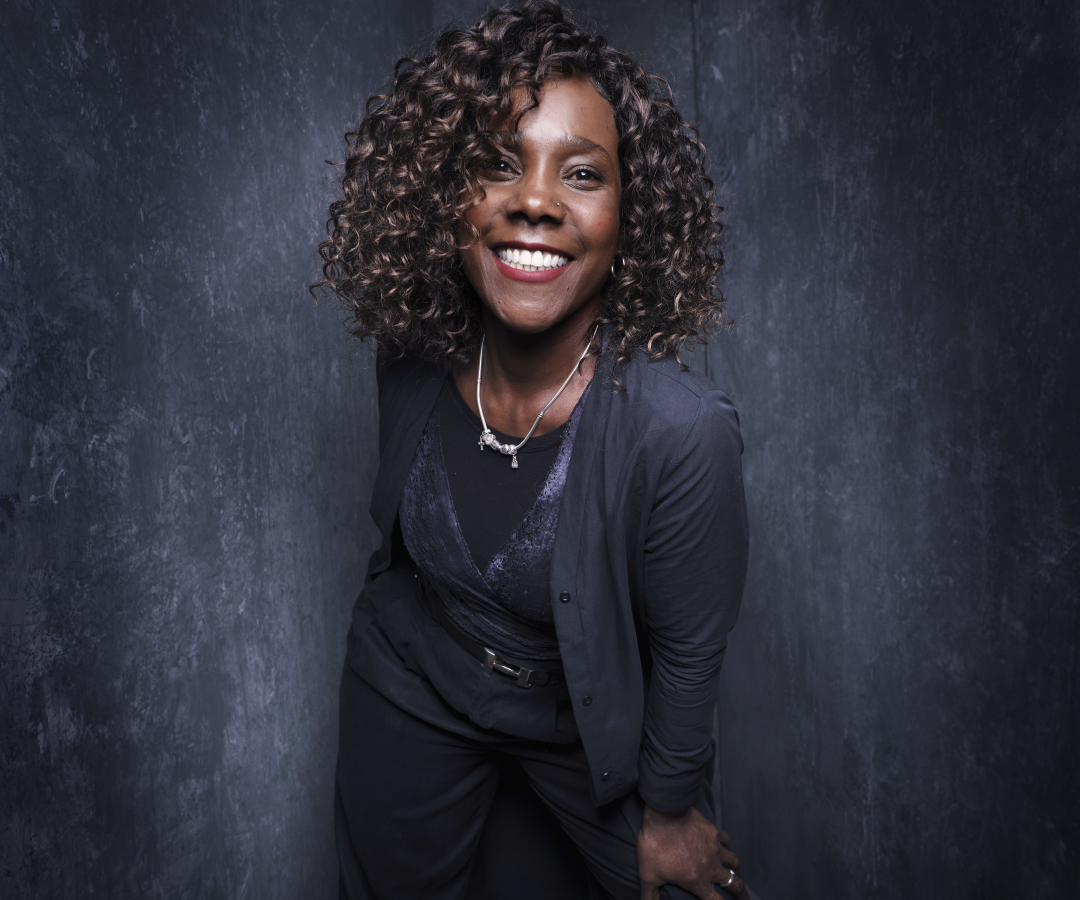 How has it been for you, your journey from when theatres closed until when they reopened again?

Oh my God, well it’s just… first of all I’ve got two girls here in the theatre. So, at first it was great because we were all was at home at the same time for the first time in yonks. And then suddenly, the days turn into weeks and they led into months and it’s like, okay. This is taking too long now and I want to get back. But yeah, I did a lot of gardening and I was at home. And like I said, the girls, we can have dinner together in the evenings and spend a lot of time together. But after a while it was like, okay. This show needs to get back. So, when we did come back to Tina, it was amazing. Absolutely amazing, like a concert every day that you’re part of this concert. So not just watching the concert, but you go on stage, you watch the show. You’ve opened the show, you close the show. You come back, look after the kids. So, it’s amazing to be back.

And how has it been for the kids to be back?

Is there anything in particular that you missed from live theatre?

I missed the fact that you can’t… You have to always remind yourself that it’s not normal, even though it feels normal. It’s not normal. You have to… can’t get too close or give somebody, a hug. Or, you know, stand at stage door and talk to the punters, basically. Or, you know, you just have to just always keep a distance and always remember that, yes, it’s not normal. So, I do miss that contact and that closeness and that… Yeah, screaming and singing and just enjoying it, without thinking there’s boundaries or there’s a risk. Yeah, I don’t know. I do I missed the contact.