The Choir Of Man 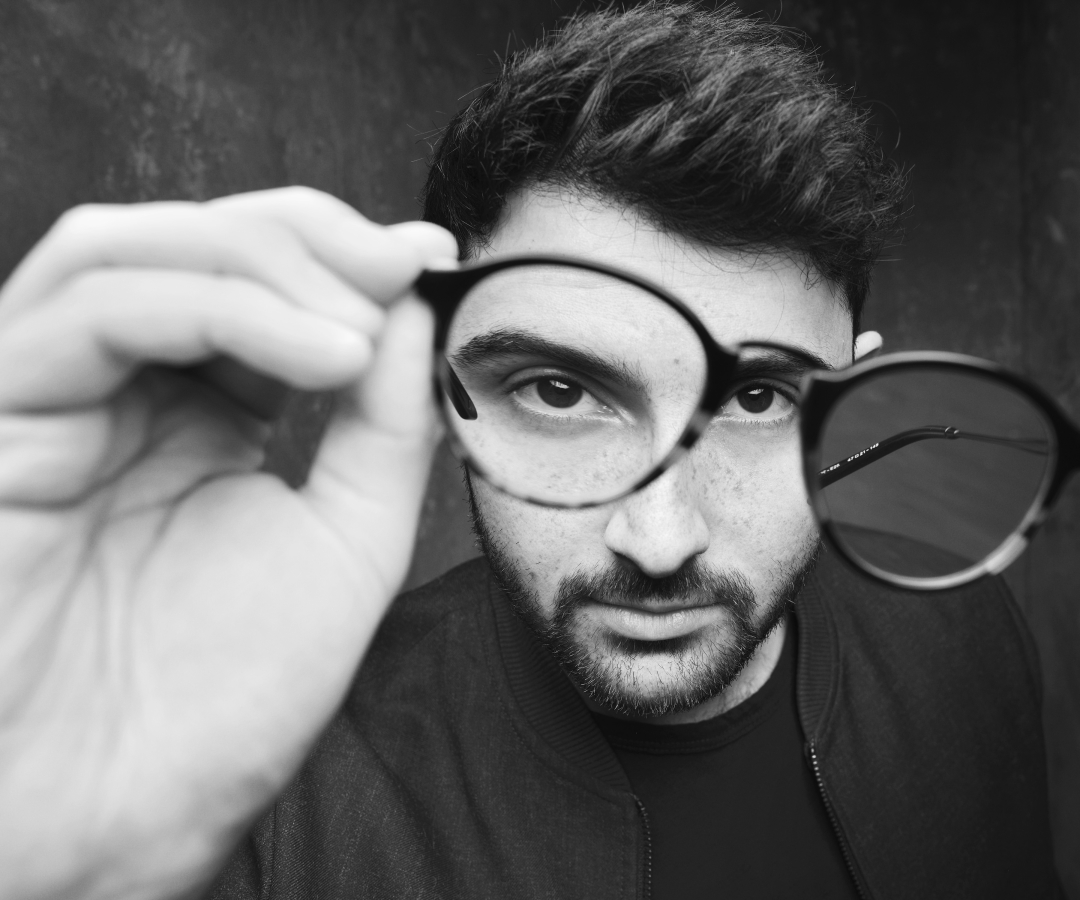 What has the journey been like to get back to theatres opening, for you?

We’ve had a mad year, couple of years, like everyone, but we’ve actually done a fair bit in that time. We managed to keep our show going in other parts of the world. So, we actually managed to do, whilst Australia was open – well it wasn’t open at all, the borders were closed, but they were so good on COVID cases that we could actually go and put the show on there. So, we managed with a lot of hassle and 15 days in hotel quarantine to open a show in Australia.

And then we also managed to put a show on in Cleveland, Ohio in America this summer. So, it’s been very gradual. There was definitely a period of you know, up to 12 months where the only things we could do were online stuff. So, we were trying to move the show online and keep fans interested as much and as best as possible. We did live-streamed concerts and things. Because our show is set in a pub. So, we went to a pub in central London that was closed during COVID, like most pubs were during lockdown, and we took over the pub and we did live-stream concerts for audiences in America – actually, where we have got quite a lot of audience. So, we were in this pub at like 3:00 AM doing live like, showtime like 7:30 PM concerts for American audiences, live from the pub.

So, we kept things going a bit. And then we managed as soon as theatres were going, we were, you know, trying to find anything we could do. And this is our West End debut. So actually, it’s the first time the show has been in town and that’s mad. To come out of such a crisis year and then suddenly come out of it, you know, opening in the West End, it’s huge.

It is, yeah. It’s bigger and better than we’ve done it in a lot of places, but it is very much the same show, or improved. We reference COVID a little bit in it as well. We wanted to kind of acknowledge the year that everyone’s had, because the show is so much about community. It only felt, kind of made sense to acknowledge that.

How have you found it being back?

It’s amazing, it’s, you know, it’s a job that we’re all so passionate about. Everybody there lives for this, and so getting into theatres again and being able to do that. It’s just what everybody needs. Everybody who’s… the whole industry has struggled so much for the last year. So, to be, whatever it is, two years now. And so yeah, we when we were in America when we opened up the show in Cleveland, the entire theatre district had been closed this whole time. We were the first show in North America to open up again at all. On opening night, we had ushers and front of house staff people who’d like, this was their livelihood, and they had nothing at all for all of this time, in tears and thanking us for being there and opening the show up, because it meant so much to them to get back to work. So really special powerful stuff, yeah.

And what have you missed most about the show and performing live?

I missed being in a room with people, being able to sing with people. Being able to make music and make experiences for audiences and share something. Live theatre is all about sharing something that only ever happens once. You know, every night is a little bit different and their audience get that one-time experience and it’s so it’s much more intimate. Much more personal than going to see a film or watching something online, and so you know nothing with a screen can have that. And I think we’ve all missed that kind of personal connection so much.

Miles Daley, The Romantic, The Choir of Man, Arts Theatre 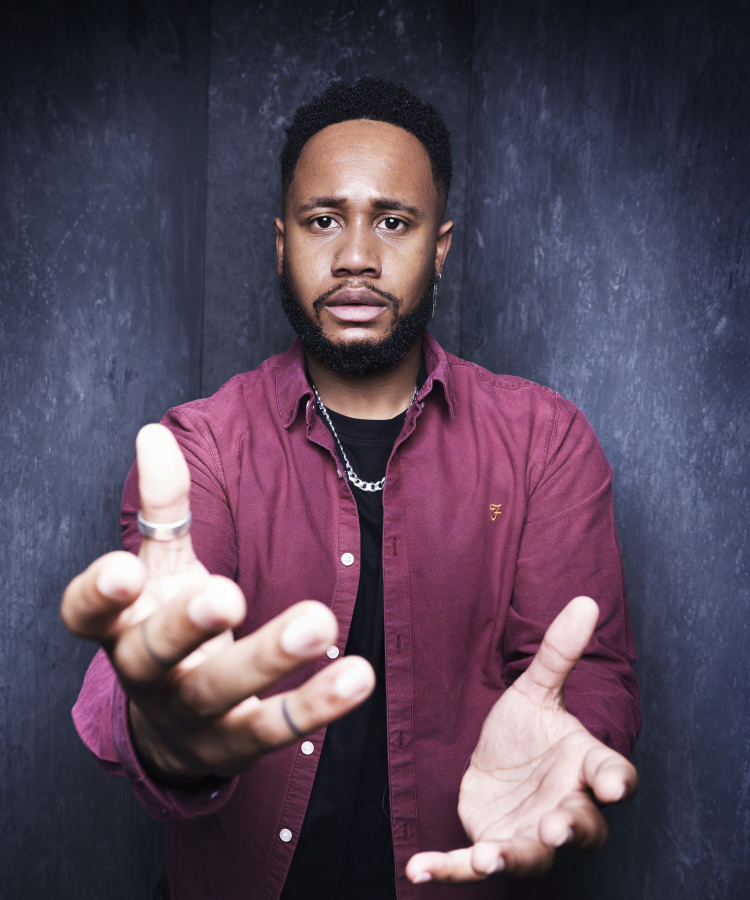 So, I’ve been through a slightly alternate route back in. I was actually in front of live in the Lyric Theatre, which closed pretty much straight away on the 16th of March, of whatever year that was, I’ll never forget the date now. And The Choir of Man, they’re a show that is making its West End Debut, last Friday. So predominantly they’ve always done shows in like Australia or across Europe or America or been on cruise ships.

I was called to do the show in Cleveland. So, I’ve actually been performing in the show four or five months in Cleveland America, and that was like a really, really long process to get there, but the most amazing thing was that we got to see a theatre district that was pretty barren. All the restaurants and bars were closed and everything and then by the time we left at the beginning or the end of October, it had reopened. And yeah, like all the bars are back open, all the restaurants are back open and, you know, The Lion King came in after us and we it was amazing to see over the space of four or five months how the area had really transformed. So, to get to this point here, I think it’s kind of changed my whole perspective on performing and made me realise that it really does impact people’s lives in a bigger way than I thought it was. It’s more than just singing songs or dancing. You know, being part of production, it actually really does change lives because there’s so much that goes into it and there’s something around the show itself. So yeah, long answer, but that’s the way in.

How are you finding it being back?

It’s weird, like I feel like my home isn’t London anymore. Like, I really want to like explore the world with the show and travel around and kind of find where I feel most happy. But I do love coming back to where I was born and raised, and being able to like show my gift to the people that know me best. But it is quite, it’s still nerve-wracking and everything that’s going on because we’re not, clearly, we’re not out of the woods yet, so it’s a bit nerve-wracking. But I’m excited.

Have you got plans for the show to go anywhere after London?

So yeah, when I was in Cleveland, we didn’t actually know we were doing West End. We just got a phone call and then two weeks later I was here. I’ve heard some stuff about it going abroad over back over to America to bigger venues and bigger States. But you just never know, you just never know. Yeah, I would love to do Vegas one day. That would be like the most amazing thing.

And what have you missed most about live performance?

I have missed that deafening roar of the crowd. Yeah, we did our first preview on Friday and we got like five or six standing ovations. And so, we had to like wait for them to stop and it’s that that we miss. I also personally miss the really quiet moments where they’re dead silent because they’re listening so intently. I just yeah, it’s the two opposites, but I miss them both equally.

Buy The Choir Of Man tickets