Pride And Prejudice* (*Sort Of)

I trained in Fine Arts and Operatic Singing. I went to Italy and discovered stage design. I had to swap a couple of subjects from Fine Arts, such as ‘technical drawing for theatres’ instead of ‘geometric drawing’. That’s how I started to discover theatre, I fell in love with it and that’s how I became a stage and costume designer.

What is it about theatre that you’re interested in?

It’s a very interesting way of telling stories, important stories that need to be told. But also, you’re able to change a lot through just telling these stories. I’m, obviously, a very visual person and that’s what I’m doing there, the design is part of it.

Meeting a lot of amazing people, travelling, and getting to create ephemeral worlds for stories to live in.

What was the journey from theatres closing to theatres reopening?

When all theatre stopped, we needed to find other jobs and work. I went back into painting, but then when theatres were reopened everything was happening together at the same time, so it’s very exciting to see all that’s coming from it. But at the same time, it’s overwhelmingly busy – which is great, that’s not bad.

Apart from it being busy what is the atmosphere like with theatres being reopen?

I think everybody is very excited to be back on stage working in theatres and I think people are craving to go out and to enjoy themselves, and see things that move them. To go back and have that communal experience that we’ve been missing for so many months.

As a last question, what was the thing you missed most about live performance? 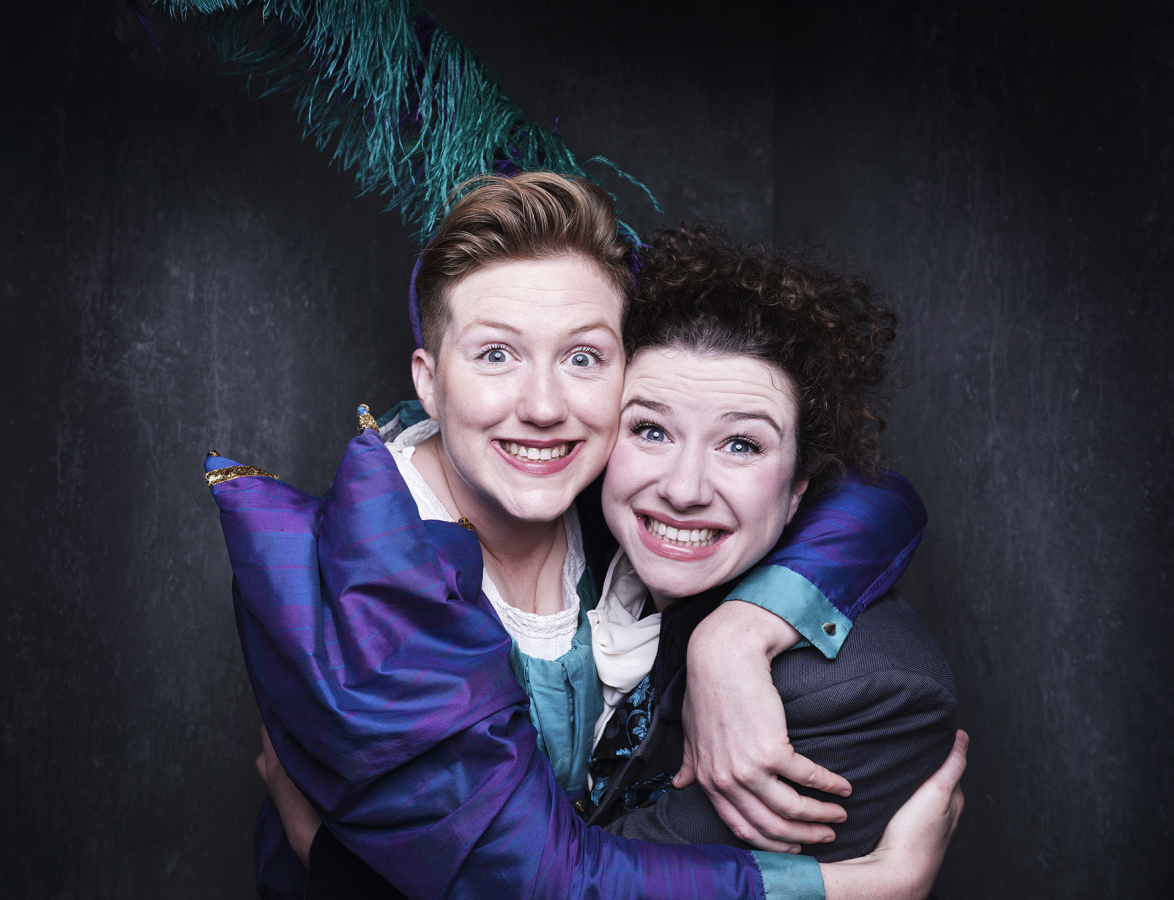 My mum’s an actor, my dad was a stage manager and I was involved in Youth Theatre. Then I went to Drama School in London when I was 19 and then I moved back to Scotland, where I met these guys and created a show and now it’s here in London.

What is this show about?

It’s Pride and Prejudice* (*sort of), so it’s the story of Pride and Prejudice, but told by five women. I think there’s about 23 parts in total and we all play about four or five characters each and play instruments. We even tell the story from the point of view of the servants.

And you all met in Scotland?

Yes, we’re a Glasgow based theatre company. We did the show three years ago at the Tron Theatre in Glasgow, and then we went on tour with it and then now we’re here in the West End. So, this is the third version of it, and hopefully the best.

And then how does it feel to be here doing it now?

It feels really special, because over the pandemic I didn’t receive any help from the government, so I was working in a greengrocer almost every week of the pandemic. So, just selling fruit veg basically for a year and a half, and then when we got the call about this coming to London it was very exciting because, as much as I love fruit and veg, I wanted to get back to my real job.

The best thing about my job? Just teamwork, I love fixing problems together. So, it’s the social aspect really.

What’s the best thing about theatre?

It’s a little ecosystem of talent. You meet lots of different types of people in terms of social demographics. I feel like it’s quite varied and I like that about it. The fact it’s creative and I’ve always done it.

What was the journey like for you from theatres closing to theatres opening again?

Pretty tough, I was lucky that I had a flat and a partner that I could live with and bunk up with. But I had no help from the government whatsoever, so I really relied on things like the Theatre Artist Fund. To have had a decent paid job before the pandemic, I was only working three or four days a week, but I was cramming in the hours to pay for the rest of the stuff that was needed. But, it was good to stop as well, because I’d been working a lot and I quite liked the break. I feel a bit different coming back this time. Now, I feel like I’m taking better care of myself mentally and in my body and I think that’s only happened because of pandemic. Because when it started, I got COVID as well, which was not fun. So, it’s been a bit of an eye opener.

I wanted to be a performer from a young age and I  trained at the Royal Conservatoire of Scotland in Glasgow. When I graduated, acting jobs were hard to come by, so I started writing scripts in order to give myself a job. Basically, I cast myself in my own stuff!

What’s the best thing about what you do?

It’s a communal activity, so collaboration and then sharing things with audiences. So, I suppose the best thing about what I do is other people.

Have there been any productions or like moments that were very pivotal for you?

I think putting this show on as an entirely Glaswegian company in London’s West End feels like a very unique thing. This is our first West End show, all of us. And we made it ourselves in Glasgow, so I’m extremely proud of that.

What was the journey like for you from theatres closing to theatres opening again?

I immediately lost all my acting work, like all performers, and that was very difficult. I think the loneliness of not being able to work with companies and having to be alone in your own flat was very difficult. Of course, it’s financially very hard. I was delighted to have a scriptwriting string to my bow. Because that allowed me to do some work from my bedroom, but without that I would have been in real trouble. It was a very hard time. But most of all I missed other people.

It’s extraordinary, and I would like to think that, like most tragedies, we have all learned something from this experience, and for me it is to never take my work for granted. So, I feel an extraordinary sense of relativity, having been through that experience. Now when I freak out about something that might be going wrong with production, I remind myself: we’re all healthy, we’re here, and we’re doing our jobs, which was not ever a guarantee.

Laughter. You can watch a theatre show in your home, but your laughter will never reach the performer on stage, they’ll never know what reaction they’re getting. So, for me, delivering a gag and hearing the audience laugh live in that moment is exquisite.