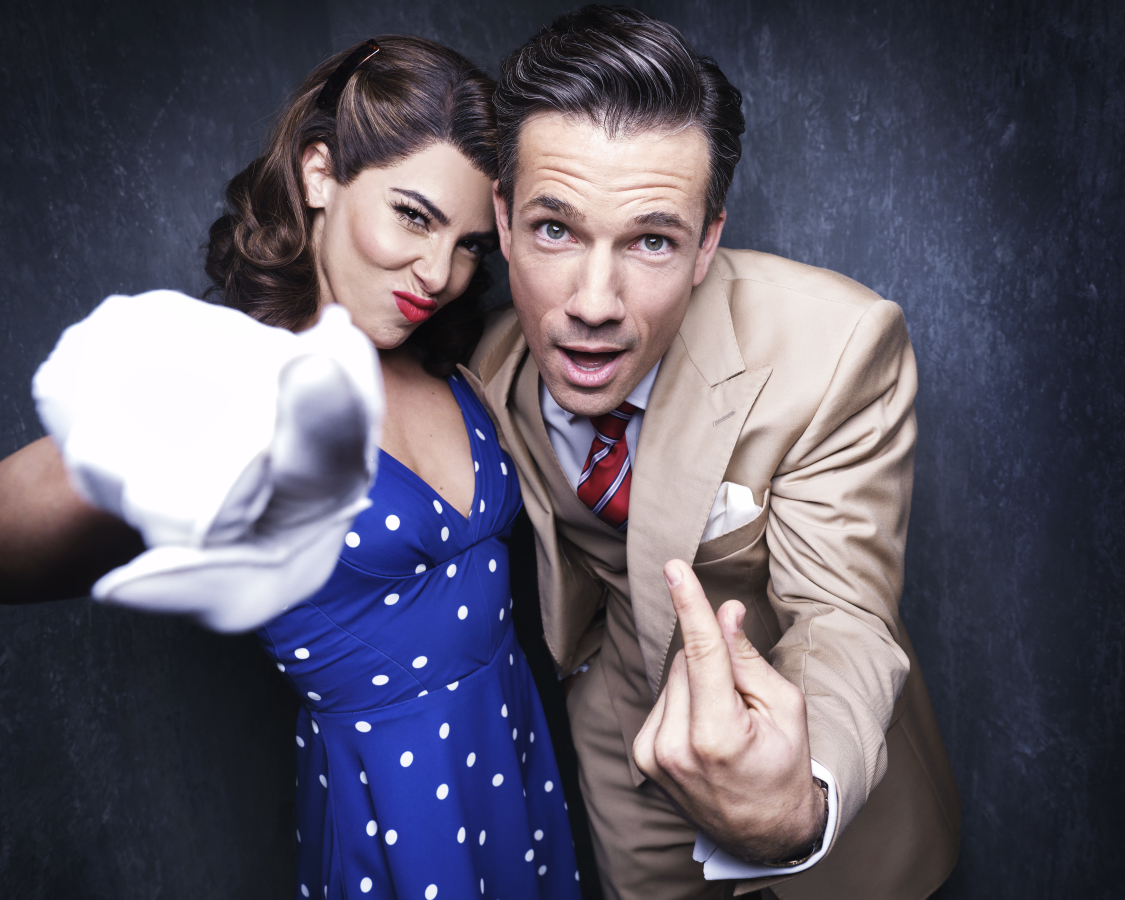 Yeah, and how is it? How are you finding it being back?

It’s wonderful, it’s just amazing, I think it’s even… You just appreciate things this way more, like every single show Like even when you’re tired, or you’re feeling a bit under the weather you think no, no, you know. Just carry on, just push through enjoy every single second of it, you know.

Yeah, were you in the production before the pandemic?

And what have you missed about live performance?

I think it’s just that, like instant connection you get with other people, like it’s so important. And you can feel it, like when you’re standing backstage and you waited to go on. You know, before the first number, you can actually feel like the excitement from the audience – it’s like palpable, and that’s just so magical. And yeah, so I’ve missed that. 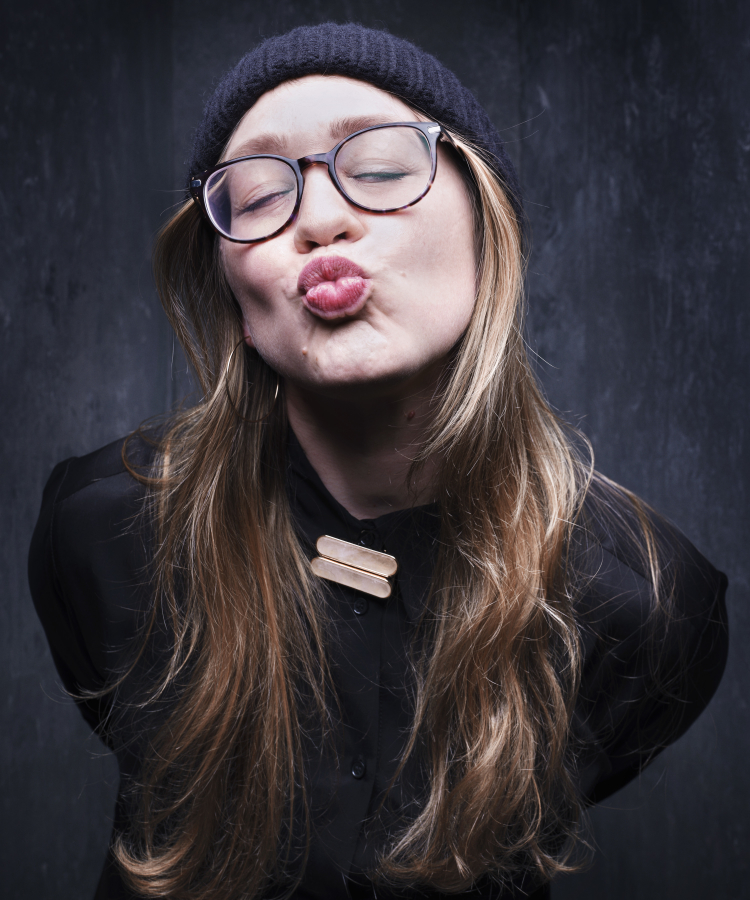 What has this journey been like to get back to theatres opening again?

For us, because we’re all self-employed. And I know a lot of my friends didn’t qualify for the grants, and they really struggled. For me, I mean, I was really fortunate. My husband also works in theatre as well, but he was furloughed. We were able… we did have an income and I was able to get the safety grant. But it’s… just so, in terms of financially, we were OK. We still obviously were affected by it, but like not nearly as much as the other people. And it, but it was just like the mental health side of it. Just the… trying to find a, not a purpose, for waking up in the morning, but just like to find a new routine. And it was, it was a long time. And then it just made us basically question what we wanted to do if we wanted to go back, which obviously we both did. Yeah, it was just a weird time and it just… Yeah, it’s kind of shifted our perspective on work-life balance. I would say that.

Yeah, and how is it going back?

Uh, it was we had. It was everyone was so happy and it was such a positive environment going back. But it was clouded by the social distancing that we had to do, so. It was like everyone wanted – you are a family within the show, and you just you just want to kind of get back and hug them. Or, you know, just have some type of physical contact. And there was none of that, so it’s very. It’s a very different, different opening than when you usually start a show again. Yeah, it was weird, but the energy was there like that. Everyone was ready to get back, put it on and bring theatre back to life.

What did you miss most about live performance in general?

It was literally the fact that you go and you see… it’s the people. Because we didn’t have, you know, Zoom isn’t the same. Just to be able to be in a room with other people, it was that, and just there’s such is the energy and the buzz that you get and you don’t get that from watching, like a film or something. Yeah, that like, that’s the essence of live theatre.

So, what has the journey been like to get back to theatres opening for you?

It’s been, it’s been crazy. I feel like it’s been, an explosion from, like The Big Bang. Like literally, we went into lockdown and London sort of just combusted and everybody dispersed to the edges of the Earth, is what it felt like. Probably for their own good and mental health and physical health, quite literally. And now it feels like finally that bang’s sort of, you know, just flown back together to meet again in the middle. And I feel like we’re at that point now where everyone’s coming back to London and that next big explosion’s about happen, in a good way, you know?

Yeah, it’s exciting. Yeah, and I guess you were quite busy as well?

Yeah, I’ve been super busy, yeah on a personal level. I mean we’d gone away and renovated, knocked down a house. We built a house, made a baby and even she’s with us now so yeah. So, it’s been, it’s been nuts like it couldn’t have got further away from where we were. In every sense, even doing the same job. It’s nuts. It’s like people blinked and opened our eyes and everything is the same, but so different. You know, like I, I’m literally in the same show doing the same routine, but I’m in a brand new theatre. We moved theatres as well. From the Piccadilly to the Savoy, and I’m in a new dressing room. But again, doing putting the same costume on and going down space through the same production on a stage that looks exactly the same, in a different auditorium. The same people. And then when I go home, I’m going back to a different place. So, I was going back to a little baby there now. And it’s just, yeah, nuts. Absolutely nuts.

Yeah, it’s been a crazy couple of years. And how is it for you being back?

It’s superb, you genuinely feel so, so lucky and grateful. All of the things you kind of feel as a working actor anyway, to be honest, like you really do. I think there is extra gratitude and extra, I think more so, good fortune, really not necessarily gratitude. Because I’ve always been so grateful to be working, but it’s that feeling of being so fortunate. Like how on Earth was I, one, in a job when this all happened, two, still being told that that job was always going to be there on the other side. And our producer was so confident about that. That gave us such peace of mind, even though we were all still silently terrified it was never going to happen.

And then we managed to come back and we’re actually doing it. You know, they were lucky enough to still have a show and still have an audience and a theatre. We were lucky enough to have our jobs and get them back and kind of all the promises have been fulfilled and everyone feels like… they’re just really taken care of each other as well. The rest of the cast, the crew, that producers are trying to be in touch. And I feel everyone’s head and heart is genuinely on everyone being well and feeling well. And that’s what feels really lovely. Yeah, the community is back again, but in like yeah, it’s thriving in in a really, really positive and helpful and healthy way I think, hopefully mentally and physically.

Yeah, amazing and what have you missed most about live performance?

I think it’s the community, it’s having… It’s literally having an audience and having people within arm’s reach. I think you know; streaming sites have sort of blown up and they’ve gone from strength to strength over the last 10 years. And they are so great, so useful, for so many reasons. Yeah, but to get… have live performance and live art and the community take it away is what’s felt so, kind of profound, really. Because you realise what it means to have people in a room share a story, share experience. And whether that’s just told from one person to another, or from one person to 2,000 people. Plus, and whether that be music or comedy, or dance or musicals, or you know, straight theatre in plays. Is it’s that conversation amongst real people face-to-face that I think has been so dearly missed in every way. And I think that’s what our business is. Our business is creating that and offering that to people in so many different ways and forms and everyone flooding back.

Yeah, I definitely realised I couldn’t live without it.