Only Fools And Horses The Musical 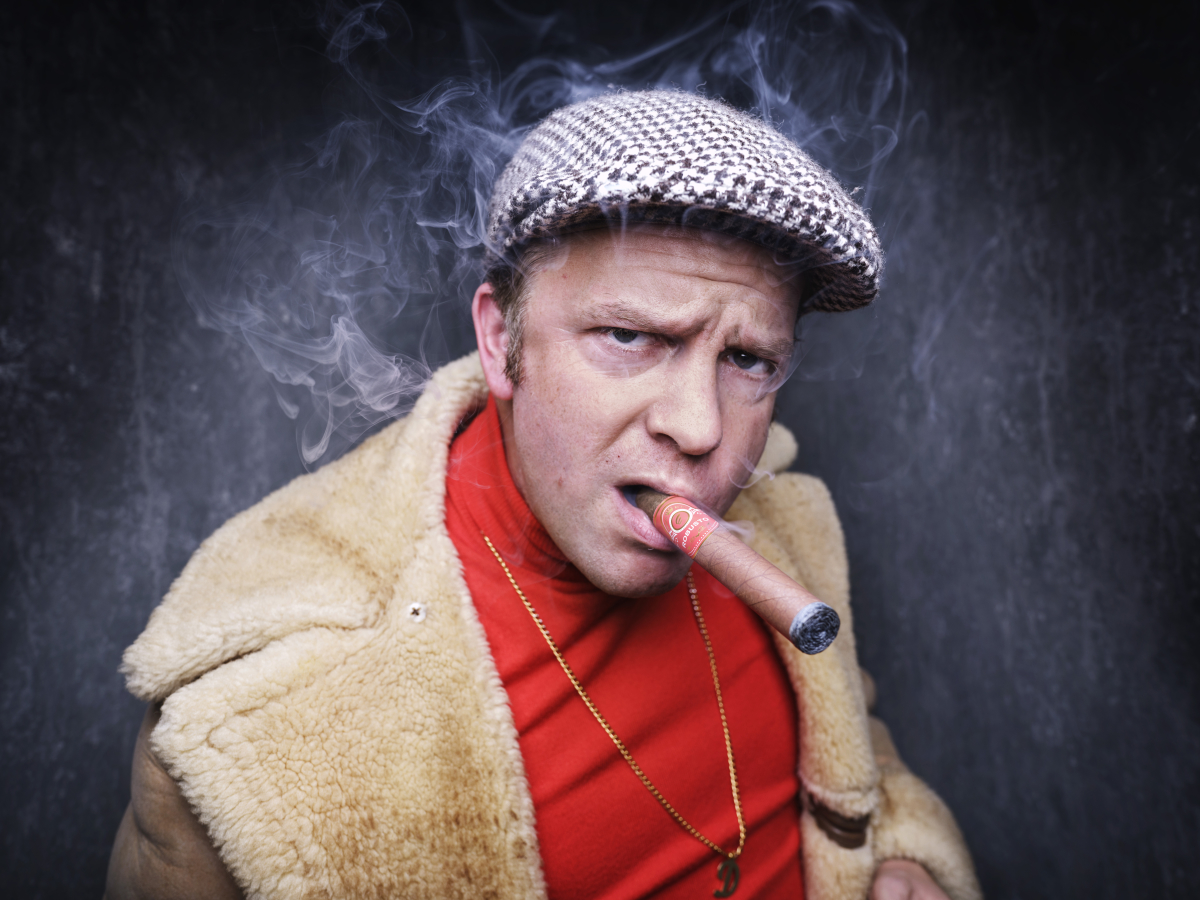 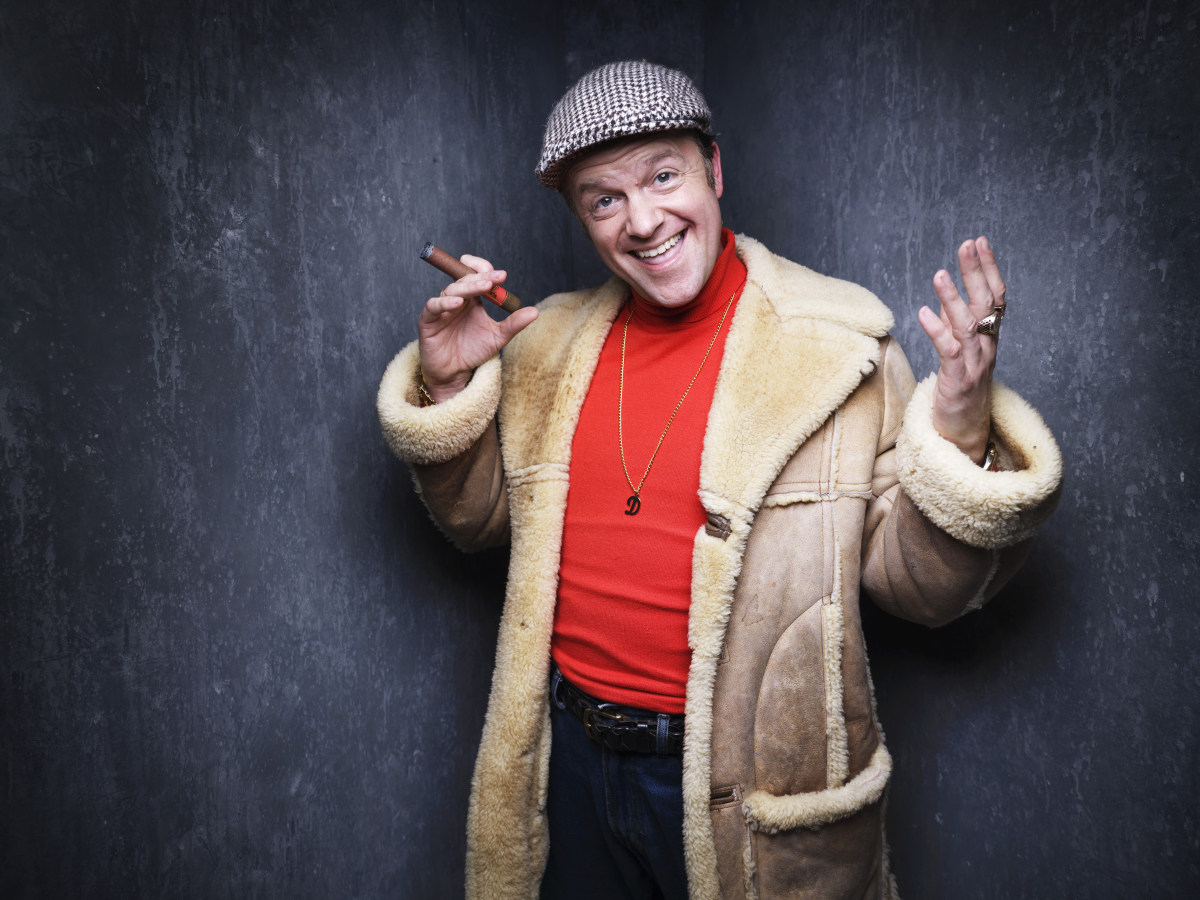 My Dad is an actor, and my mum was a big am-dram director in south London, so I grew up going around musical productions with her. If they needed a young boy, that was me. I also went on tour with my Dad. My earliest memories of being in the wings in a cot were when my Dad took me out of the dressing rooms and put me in the wings. I think it was at the Adelphi. He went on stage, did Razzle Dazzle as Billy Flynn, and I remember six-foot Fosse girls with feathers and sequins cooing over me. He would finish razzle-dazzle, pick me back up and put me back into the dressing room, so I feel that’s like one of my earliest memories. I don’t recall anything else. So, it’s sort of in my blood.

Well, I get paid to do what was my hobby. Surely, that’s what I chose to do for fun as a kid, but now I get paid for doing it, so I can’t imagine any other better-suited jobs for me. I’m more of a telly boy, really. This is my first West End show but the feedback I get from the audience at the end of two and a half hours is unlike anything I’ve ever felt before.

What was it like to be photographed by Rankin?

Painful. A very, very painful transition from working as hard as I’ve ever worked in my profession to come to a dead stop: to nothing. The entire industry came on its knees, and there was nothing I could do about it. I have a wife and three kids who all need feeding, and I wasn’t earning any money. The schools shut, so I was home schooling three kids under eight years old, which was one of the hardest things I’ve ever experienced. So, going from being a West End leading man to no income and no work was quite a shocking transition. I was always clinging onto the hope that Only Fools would come back, and I’d get to do it again: get to provide for my family again, get to do what I love again. It was a tough 18 months.

How did it feel when theatres reopened?

Oh, I just felt so lucky. We weren’t one of the first shows to open. Still, when I saw that other shows were opening, they had social distancing and things in place. It felt like the green shoots of recovery, like something was happening. And then it made it feel even more hopeful and realistic that we would come back. And we were lucky enough to come back at a moment where the social distancing has been eased. We’re still asking people to wear masks in the theatre, but yeah, I can’t believe how lucky I am at the moment.

The audience, I think. I can’t imagine there’s anything else but the audience’s reaction. Telly is a different beast altogether, but there’s nothing that compares to the feeling when 850 people stand on their feet and applaud. There’s nothing like it in the world. 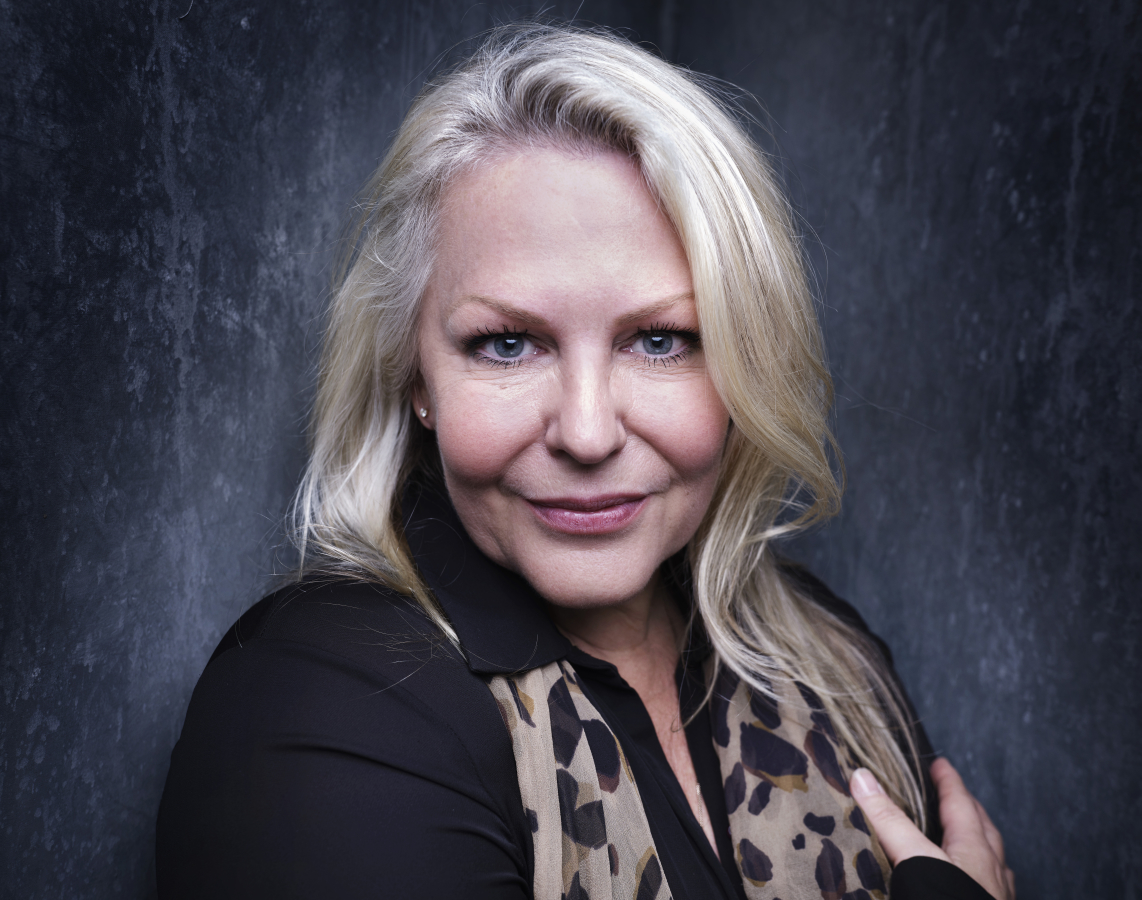 I started off as a dancer when I was young. None of my family were into musical theatre as we were a working-class family, but I loved music before I could even talk so performing seemed a natural fit for me. It was quite a struggle, but began whilst taking part in a competition for Cosmopolitan in which Arlene Phillips was on the panel. Arlene soon became my mentor and off I went college. That’s how it all started. I became a professional dancer, moved into musical theatre as a performer then transitioned into becoming assistant choreographer to assistant director. At that point I went to RADA to train solely as a director and here I am now directing and producing.

I think having the beginnings of an idea, taking that idea and developing it creatively is so exciting. From the early stages of writing, adapting the script for stage, being part of adding the musical element, working with an amazing creative team to finally seeing an auditorium of people ready to watch your tiny idea brought to life. It is truly thrilling.

We had just recast Only Fool And Horses and ready to embark on a successful second year of the show when three months later like all other theatres we had to close the show due to Covid.

We struggled to navigate our way through how we were going to hold onto our incredible teams of people, how everyone was going to survive. Nobody could have foreseen that it would be eighteen months before theatre reopened. The whole journey was extraordinary. We dealt with it much like everybody else.

It has been incredible. To be back in rehearsals with the full cast, to then being in a full theatre last Friday. The exchange between the audience and the cast was something I’d never witnessed before. It was tangible and very emotional.

There is nothing like a live performance. In terms of theatre it allows an audience to fully immerse themselves in the show – to loose themselves in another world for a couple of hours. Only Fools and Horses The Musical is a feel good, affectionate, fun night out. Full of nostalgia and lots of laughs. Exactly what we need right now! 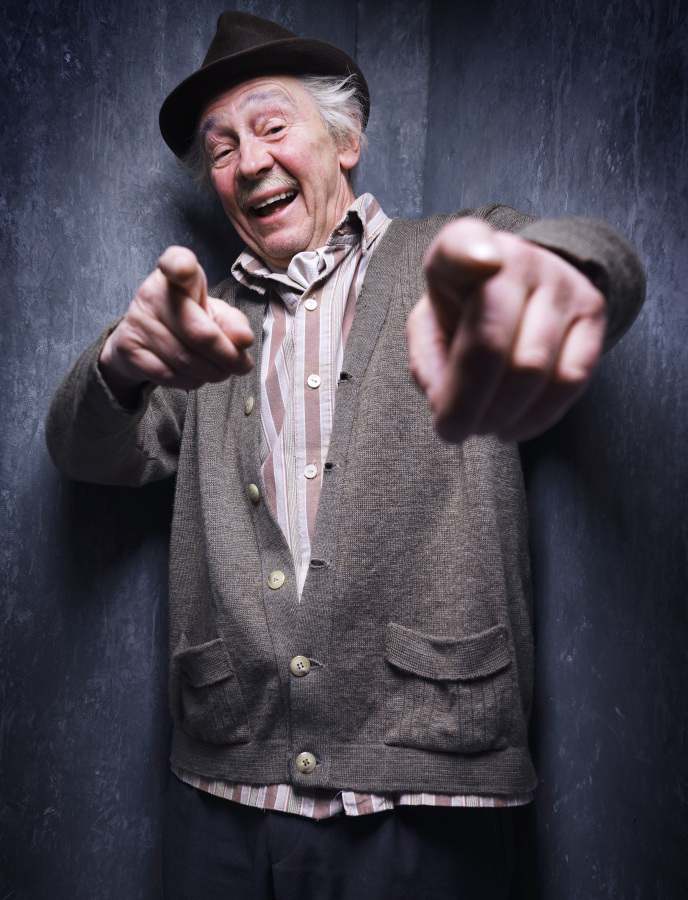 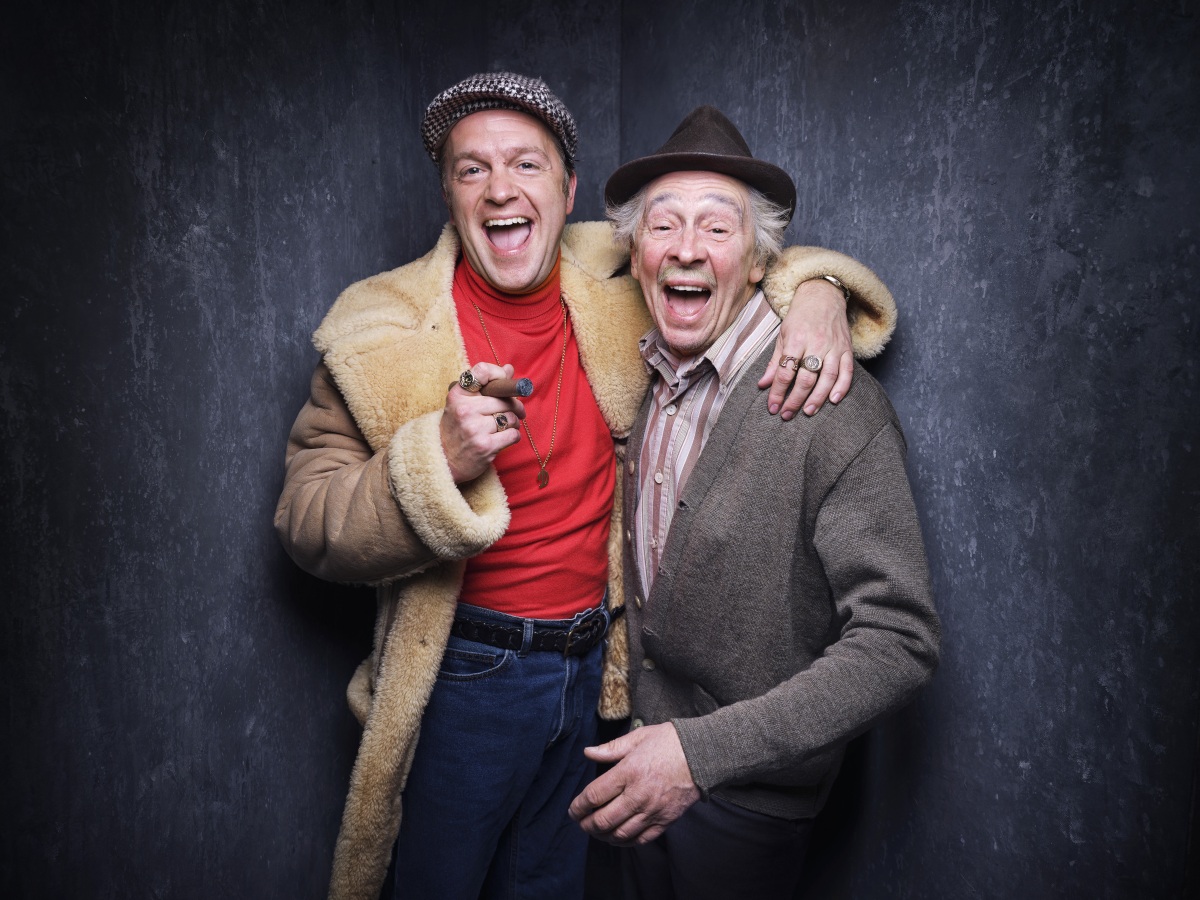 Well, I sort of came to it quite late in life. I never went to acting school or drama school or anything like that. I started by writing comedy for a friend of mine, and we developed a double act. Then we did a lot of tv comedy from the 90s through the 2000s to the noughties, and I’m currently doing a show with another comedian called Bob Mortimer. So, I’ve done quite a lot of tv comedy, and I’ve done live comedy tours, but I’ve never done theatre before, so this is a first. I co-wrote this musical with Jim Sullivan, the son of the late John Sullivan, who wrote the original TV series of Only Fools and Horses, so it’s a privilege.

Well, it’s funny, really. I mean, the audience response to Only Fools is fantastic. It’s sort of ingrained in the national psyche, so it’s a kind of double-edged sword doing it because there’s a lot of expectation. You don’t want to undermine the legacy because people cherish it and love it so much, but I think we’ve just about got it right, you know.

But yeah, I had a few sleepless nights doing the writing when I thought, oh my gosh, am I going to do it justice? It was great to have Jim on board because he knows the series and characters inside out. It was about two and a half, three-year procedure to write it. There’s always a lot of fun writing. Still, I think that the initial phase where you put the show together in rehearsal is probably the most creative and exciting period. Then, obviously, when you get back on stage, you know the audience response to theatre is extraordinary. You know we all feed off that. You know, I think it’s a sort of a reciprocal thing because we get a lot from it. It helps us, then with our performance, to give back, but obviously, lockdown came along and sort of pulled the rug from under everyone’s feet. You can sense now a sort of joy, relief and a sort of party atmosphere in the audience. There’s a real sense that it’s not just that they’re back, it’s not just that we’re back, that there’s a real connection and that everybody’s back now and we can really enjoy ourselves.

What was the journey like for you from theatres closing to opening?

It was quite strange because I had to announce it that night. You know, we went into the theatre, and I had been filming with some old comedy mates of mine. I was sort of lording it over and saying that: “I must go because I am in the theatre tonight.” So, I went round to the theatre from where we were shooting, luckily we weren’t very far away, and at that time we were going ahead with the show. But during that sort of hour period, SOLT and Equity said we can’t go ahead; we’ve got to pull the show. I mean, many people hadn’t turned up, I think they knew the writing was on the wall, but it was kind of strange because all the cast were ready. We had to go out and say to the audience sorry we couldn’t do it, but the audience completely understood so we went to the pub and then 18 months later we came back. It’s extraordinary to go back to rehearsing again, and then you know opening up, you know it’s a joy to be back.

I mean, I’ll just take a moment here because I quite enjoyed lockdown because I’ve worked quite a lot, you know, over the years, and it was actually in a weird way for me. On a personal level, it was quite nice to have a sort of enforced break. So, I know I was also able to do the odd little bit, but the joy of being reunited with our cast and all the same crew as well. All the crew, the front of house staff, and people who worked so hard to make the show and put it on. It’s such a collaborative process, so we’re very lucky we’ve got everyone back. It’s a great party atmosphere, and I know it’s a cliché, but you know you do feel part of a sort of a loose family.

Book Only Fools And Horses The Musical tickets