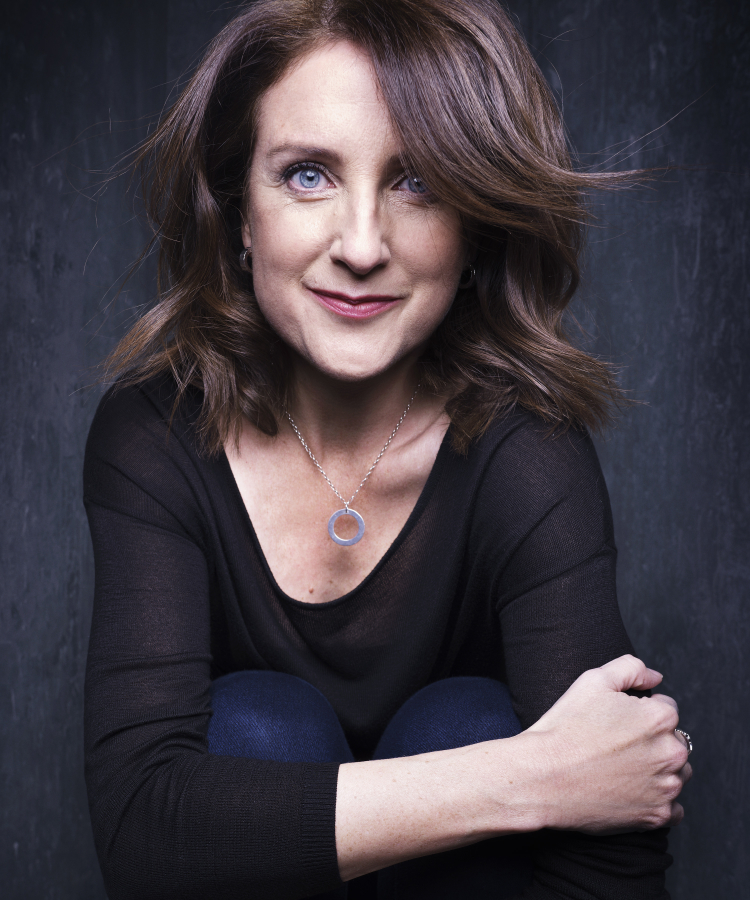 What has the journey been like get back to theatres opening?

I mean we absolutely hit the ground running; it was crazy. It went from zero to hero in a very short amount of time. We got straight into rehearsals. Everybody’s stamina was well and truly tested. And yeah, we got everything up and running in a really short amount of time, shorter than normal.

So how was it during the lockdown for you?

Oh yes, that was interesting. I was supposed to go on sabbatical in April 2020, and then we locked down just before that. So, I didn’t get to go to New Zealand, America and travel around and go to visit my dad, who’s in New Zealand. And so, I had left my house, I’d sold my house, and I was living temporarily with my sister, in her attic. And I stayed there for nine months until lockdown kind of lessened, and then I could go out and find somewhere to live and move into it, but it was…

And could you defer your sabbatical?

Well, I kind of had it, with the rest of the world! And so, after a few months, I was wanting to come back, if I’m really honest. So yeah, when we got back, I was absolutely raring to go.

How have you found it since being back?

Oh, it’s so good. It’s so good. But, the weird thing is I think everybody realises quite how good it is. I think you can get an element of tiredness, I suppose. Or just a, ‘oh yeah sure, I work in the West End’ element to a lot of people who work there. I’ve always been excited. Because whenever I go in a stage door, I kind of think ‘oh I’m working in the West End!’ I’ve been in the job for nine years. And so, for me, it’s yeah, it’s back to the normal brilliant. But everybody else is kind of energetic and excited as well. So, it’s kind of more electric.

Yeah, and what have you missed the most about live performance?

I think it’s the… being with like-minded people. And it’s that collaboration and the enthusiasm and the, what’s the word I was thinking about earlier… It’s the passion, I think, for it. And everybody gets very passionate about their field and the fact that we’re all working together to make sure our field is amazing on that stage. And I’m particularly proud of Matilda because we’ve really, we’ve got quite a lot of creative team that are resident to help it be as good as it is every night. And working with the kids. I say that, but I’m here today with all the adults! And I love working with them as well because I warm them up before every show.

But the kids are amazing. Their faces when they got back into the rehearsal room was just magic. I mean, first of all, they, I think they were quite spaced out because they’ve not been out of their bedrooms, but in front of their screens for months. So that took a bit of time.

Yeah, I think the first week they kind of couldn’t communicate anymore, they’d forgotten how to do that. And with masks as well, it was quite difficult. But then after about a week they settled back in and then suddenly you just see them bouncing off walls a bit with excitement and happiness of being out of their rooms and in doing what they love. 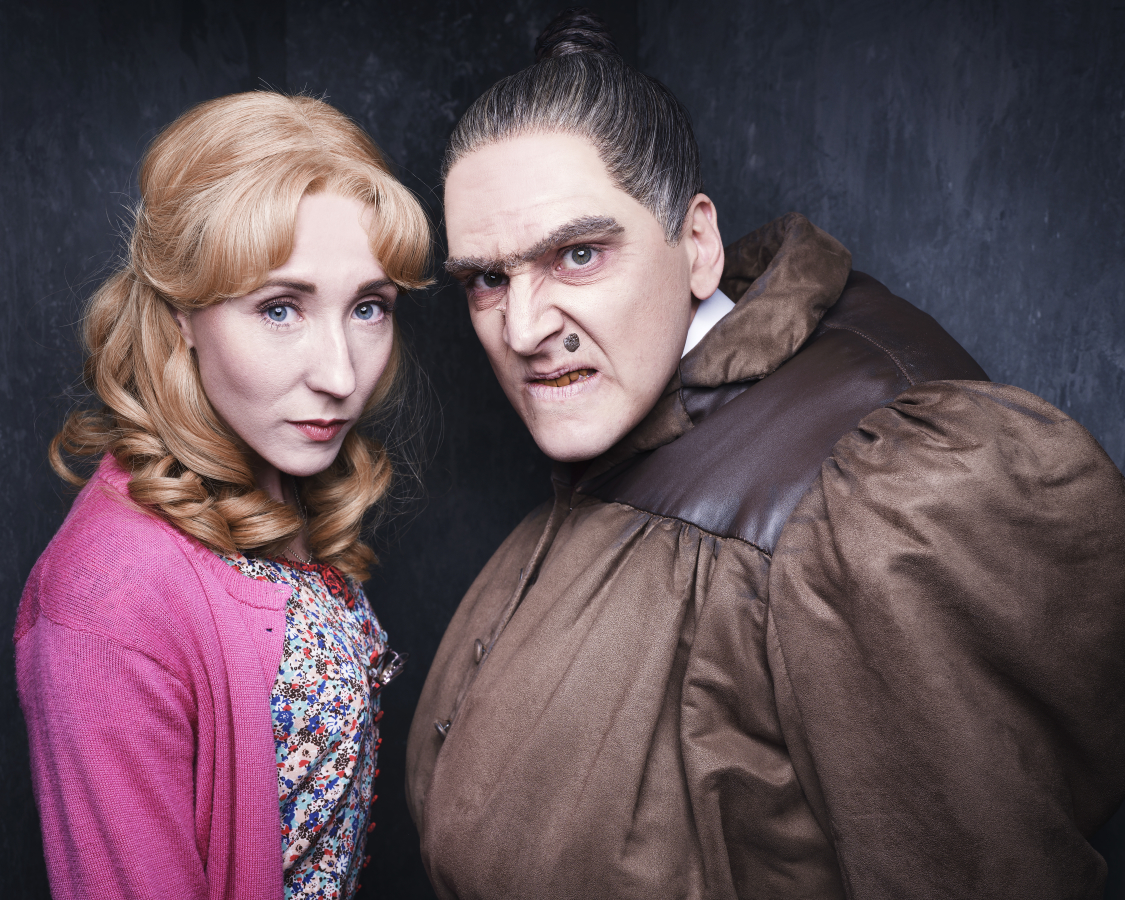 How has the journey been like to get back to theatres opening for you?

It’s been brilliant. Yeah, it’s been amazing. It’s been a long time coming. I think we’ve all like, we really wanted to get back to work. And yeah, it was actually a really nice experience getting back into rehearsal and everyone was extra keen to, you know, put their best foot forward. Everyone’s been working really hard and it’s been a nice opportunity to go back to it and maybe add things. Things are different, which is always nice. And yeah, it’s been good.

I bet it feels quite different as well?

Yeah, it does, it does. I think definitely, because we sort of had the show in our bones, because obviously we’d been doing it for six months, but then to revisit it and have a rehearsal period to go back at it. It was really refreshing and yeah, interesting. And I think the show is better for it. It’s been great to have routine again. That’s, you know, it’s the simple things I think more than anything; having routine, having purpose. Like, the audiences have been unbelievable, because everyone has been sort of starved of entertainment. We’ve had reaction like we never had, honestly. Yeah, yeah. It’s been amazing.

So, how have you found it being back?

It’s been great, yeah. I think in terms of the work, we’re doing the best we’ve ever done. I think the show’s in amazing shape. It feels like it is – collectively and individually. And yeah, it’s just been wonderful.

And what did you miss most about live performance whilst you were off?

Yeah, there are the practical things of like, you know, having structure and purpose and doing what you’re trained to do or what you love to do. So those things I really missed. I missed the singing, like on the most basic level. Like, I missed being in front of an audience. I missed playing the character. Like, having the opportunity to get dressed like this and, you know, it’s always more fun to play something that’s further removed from you. So, I missed the fun of it. And yeah, the voice, the dialogue. Seeing the kids as well and the girls in particular, the Matildas, do their thing. Especially, you know, coming back to it when they haven’t done it for a while. It’s amazing to see how they just like, got on with it. Yeah, they just nailed it.  Yeah, so it was very cool. Yeah, rehearsal was amazing for that.

What’s the journey been like to get back to theatres opening for you?

Yeah, it’s been like, since March, sort of when everything shut down, it’s been such a journey for everyone. I think it’s just nice to be back and be around like-minded people and bring the theatre back to London. And yeah, the audiences seem to just be loving it.

How is it being back for you?

Oh, it’s just been so great to be back in the building and performing such a wonderful piece of theatre. Yeah, I think it was definitely, if you’re creative, being told you can’t do it, was really tricky for that time. So, I’m just loving every minute.

What did you miss the most about live performance?