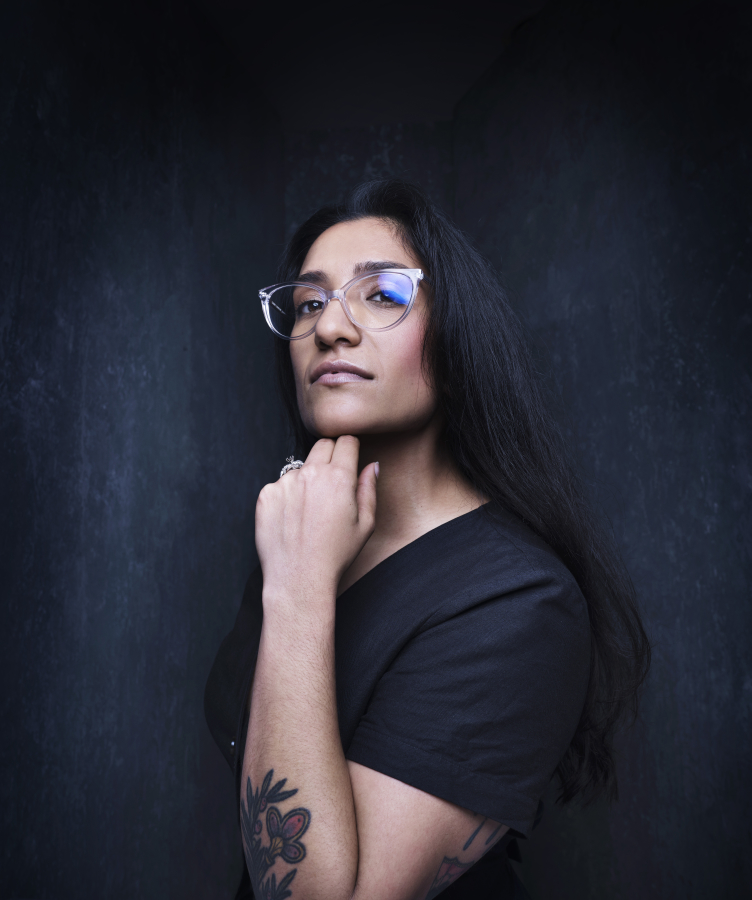 What led you to pursue this as a career?

When I was younger I was a dancer and I did a bit of playing instruments. My mum took us to theatre quite a lot. I didn’t necessarily know it was a career until I got into Upper School one of the drama teachers there was a lighting designer so she taught me about lighting design and stage management. Then I went to National Youth Theatre and did stage Management there, went to drama school and did Stage Management there and whilst I was there, they taught us about sounds. I didn’t realise that it was a career basically to just listen to music. Then I found out that you could and got an opportunity to work on a touring musical theatre show then I’ve just kind of gone from show to show.

I think there’s lots of different things, we’re like one of few departments that get to be really sociable with the cast but then at the same time we do a really technical job. We put microphones in their hair and we look after all of the speakers and the amps and the mics and the pit but at the same time we operate the show, so we’re kind of in charge of the music and the vocals and everything for three hours straight, we’re kind of at the helm of the show. It’s nice that we span kind of every part of the building.

It’s quite weird. We’d been through like quite a strenuous opening of the show and getting on its feet so when we closed in March it was the first time that I’d had any holiday. I’d been away for three days, came back and it got to six o’clock in the evening and we were told to go home which was kind of insane but it was like but don’t worry tomorrow is our normal day off, we’ll probably come back on Wednesday. Then it was like we’ll probably come back in a week and then, okay we’re not necessarily coming back anytime soon but don’t worry about it we’ll just keep you informed. And then there was lots of chat about being made redundant because there was no way we were coming back anytime soon. Thankfully quite a few of us got furlough so money-wise it wasn’t awful but then I ended up working for the NHS for six months in the hospital.

I just did no theatre sounds for the best part of 18 months which is the longest I’ve done that in my life, potentially since I started my career. Then we came back, and it was amazing, and it was so nice to be back in that atmosphere, being back doing what a lot of us have trained for and have worked very hard to do. I’ve been in my job for about 15 years in different shows, and I’ve never done anything else. That’s what I’ve trained in, that’s what I’ve put all the hours in and it was nice to get back in and get back to doing it again.

It’s really great. Because we operate the show we’re in the auditorium with the audience. you kind of take it for granted when you do the same show every single day. But there’s like 1200 people around you who’ve never seen the show before and then the first day that we came back they applauded before we even started the show and it was like this massive feeling of jubilation and all of that anxiety just kind of went away and it was so nice to just be back doing what we should be doing and what we have been doing finally. And how much everybody appreciated it as well, you could tell that everybody had missed it as much as we had missed. It wasn’t just about us and our careers, it was about people coming and seeing something and they wanted to be there, it was really great.

I think it’s like the whole aspect because we’re such a family, everything about us. The other department that I run, we’re really good friends as well as colleagues and then outside of that is the whole technical staff and the performing company. There’s like 100 of us in the building and everybody knows who everybody is and it’s so nice to back in that environment and not just sat at home waiting. To be back where we should be, where we want to be, because it’s really great. 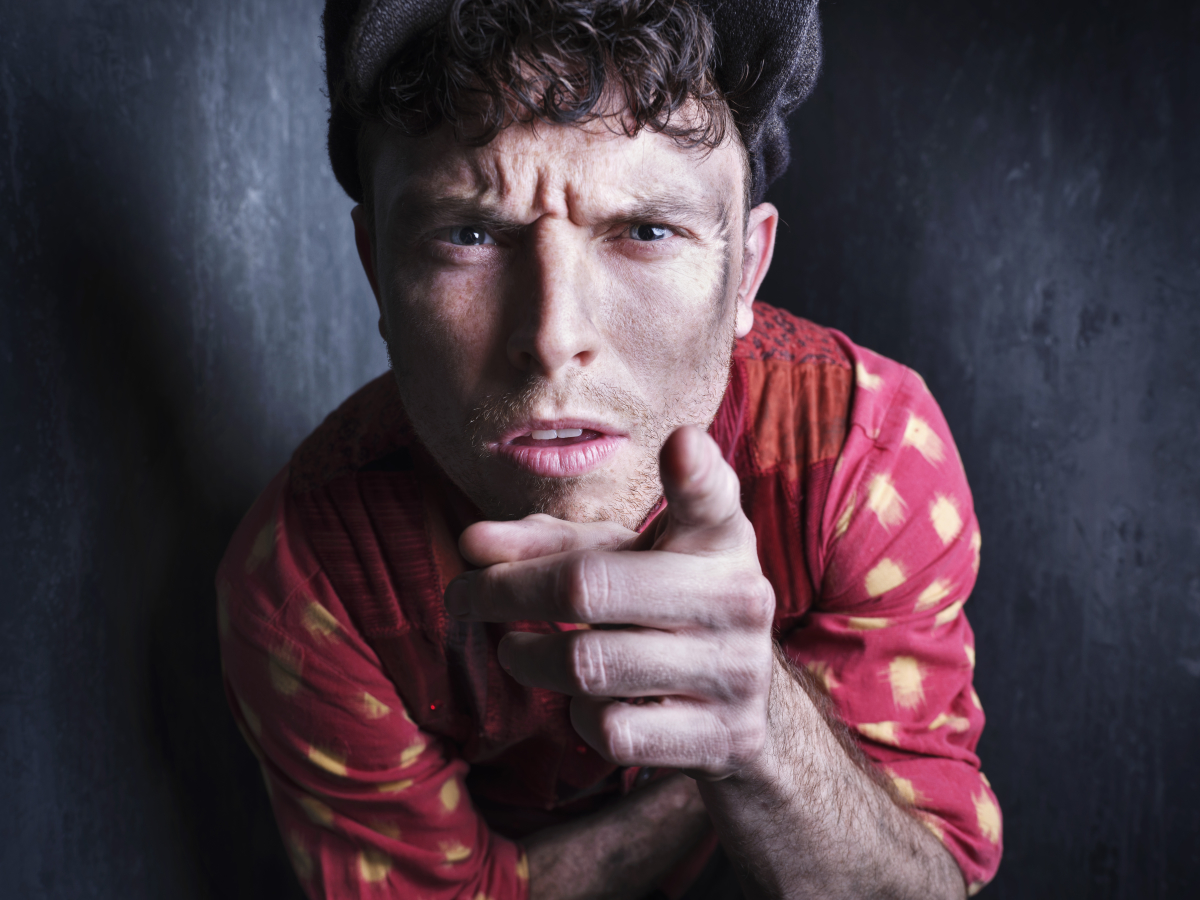 The people. Hands down. The people are great. Get to knock around with her all day, she makes me howl. Get to hang around with her and she’s amazing. Yeah, no, I know this is not helpful for an interview but all of the people that have come here today make me laugh on a daily basis. They’re just amazing. So, like the job in itself has high points and low points. It’s amazing, it’s hard and it’s both, but the best thing about the job is, hands down, the people.

OK, and would be good to talk a bit about the pandemic. So, yeah what was the journey for you from like, from theatres closing to theatres reopening?

Theatres closing, we were doing this. We got the call. We were told on that on the day that the show was closing and it was… for everyone, it was… we thought we’d be away for like a month. You know, we say goodbye and we kind of knew it was going to be longer, like we all stole the toilet roll from the show, from the theatre. We all just nicked the toilet roll. Because we didn’t know we were going to come back and there was no toilet roll in anyone’s houses. So, I was, I worked, so did Zizi, we we all did, we had to earn. We didn’t get very much support from the Government, so we had to. I worked at a taco stand. I worked as a teacher. Yeah, I worked as a teacher as well and did anything and everything I could to just keep going. Teaching dancing, mostly. I started with like, people who wanted to be professional and then it ended up just being like 5- or 6-year-olds and any work that I could get, really. It was quite desperate time. But it was fun still, but just… I haven’t lived, haven’t had to live pay check to pay check in that way since I was first starting out in the industry. So, it was humbling, it was a good thing.

Great. It’s good. There’s such pluses and minuses to anything, I think. I think there’s always a balance between the two, but being back certainly, I realise how stressed I was. Because I’m like, oh, this is normal again, and so it’s been lovely to kind of have the balance there. And to be part of a company of people again, and to be surrounded by so many likeminded people every day. That’s one thing that in lockdown, you just don’t have. So that’s been great. I’ve loved that.

What was the number one point you missed about live performance?

It’s gonna have to be the people again, yeah. It’s the people. When you do a show like the ones that we do, you constantly live on adrenaline rush to adrenaline rush, little hit to little hit – going out in the audience and doing a big number or getting a laugh, or not getting a laugh. And if it goes well, you bounce with the people. And if it goes badly, you need those people who are already up to help you come back to that state. So, I think one of the reasons that theatre people are so close is because you constantly go through this like emotional rollercoaster every day. When you’re on stage of like, you know, adrenaline and then exhaustion and happiness and then sadness. We’re doing a sad show and like, you know. So, it really brings you together because you go through something so crazy. And I’ve missed that I’ve missed that journey and I’ve missed the people in that journey. 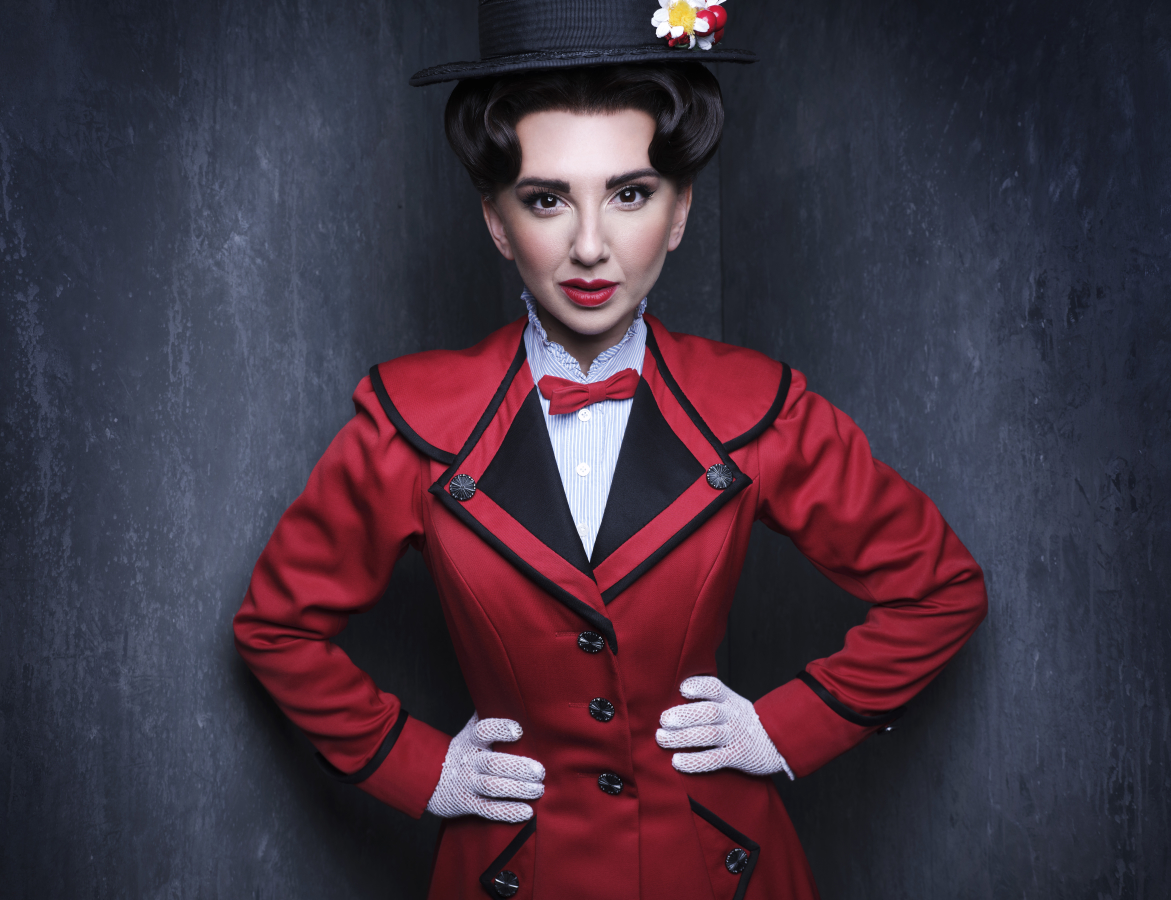 A long, long time ago. I started doing shows as a child. I did Les Mis when I was six and then a few shows then and then I started working professionally when I was 17 so yeah, a little while ago now.

What is the best thing about your job?

As Mary Poppins I would say the best thing is the flying, I think that’s the obvious one, but it is. To fly over the audience at the end of the show, it’s pretty magical. And just playing a strong competent woman is always good. You know there’s not a lot of those roles around and it’s good to be in this one.

What was the journey like for you from theatres closing to theatres reopening again?

Well, it was a long time. Yeah 17 months and it was a roller coaster of emotions. It was never knowing if I was going to get my job back, whether I should go and look to do something completely different which I’d never ever done before in my life. All of that, very uncertain and then just the lead up to go back was just incredible, so positive. Very uncertain but it feels amazing that we’re back now.

The first night back was totally emotional, it was absolutely crazy. It was like the audience wanted it so much, they were on their feet after every number. It was incredible and it’s been like that ever since it’s really great.

I think just that feeling of going out on stage every night and seeing the audience there and seeing how much they want to enjoy it, see how much they are enjoying it and just creating emotions and having that sort of connection with people again. You don’t get that sitting in your room on your own in lockdown. 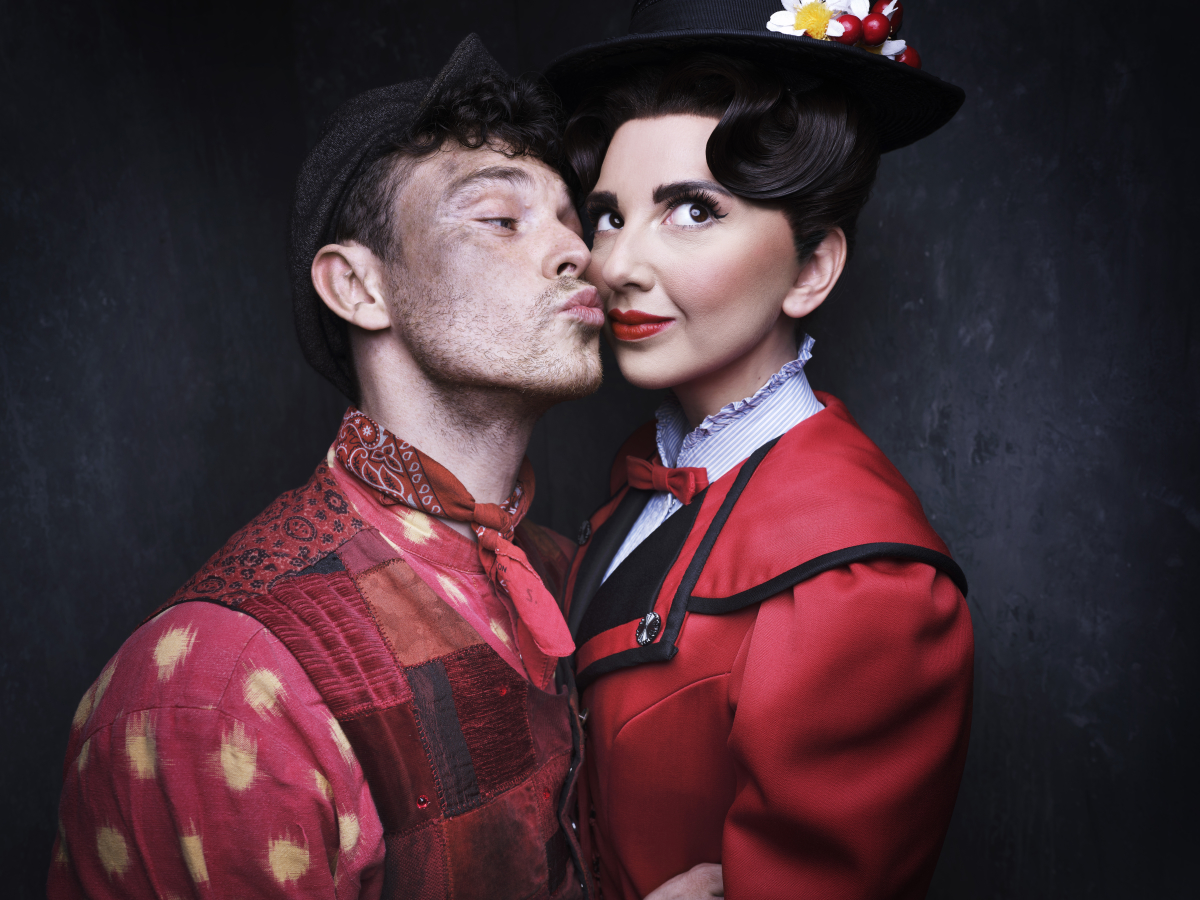