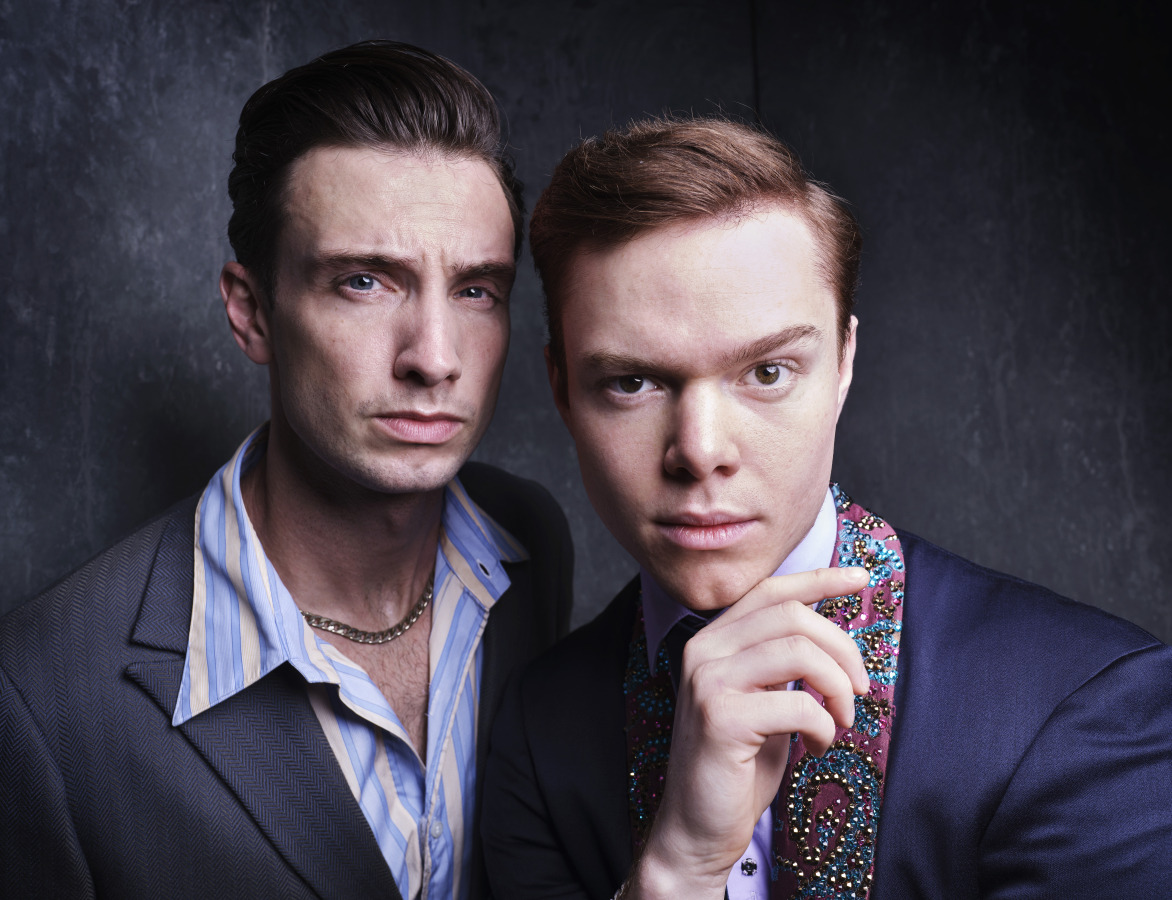 Ah, I kind of fell into acting. I did lots of sports, and as a lazy teenager I decided to do my work experience with a local theatre company. So, I thought I’d have my days off to play sports and just have to work three hours in the evening. And kind of realised that I had a passion for it and enjoyed it, and from then on worked with some different directors and different teams and they said, go to London school, train, see if it’s something you’d like to do forever. And I did, and I’ve been very lucky since then and be able to make a career in it and enjoy it.

Yeah, what’s the best thing about your job?

Changing someone else’s point of view. Making them feel something.

So, for you, what was the journey from theatres closing so theatres opening again?

So, I was in the production of 9 to 5 the Musical in the West End at the Savoy, and I was one of our equity deputies. So, we were like seeing the texts come through from every cast saying, our theatre’s closed, our theatre’s closed, our theatre’s closed. And we were still on stage warming up, just waiting to be like, are we doing a show tonight, are we not doing a show tonight, what’s going to happen? Sadly, our producers came on stage and said that’s it. Finish warming up, go home. Don’t worry about taking anything with you, you’ll be back in two weeks and it will carry on as normal. So, I went home, left the stuff there. Obviously, it went on a lot longer than was originally thought of, or even planned.

So, that contract finished whilst we were in lockdown. I got a job with the NHS, just because they were one of a few people that was really looking for people. So, I was working there, worked there in a surgery and a vaccine clinic for a year. And then got the call quite last minute to audition for Jersey Boys in the West End. It’s show that, I’ve always known people that have done, people have loved doing it so, I thought yeah. It’s a show that I would enjoy doing, so I auditioned and then I literally got the call that day. I got the job about a week and a half before we started rehearsals, so it was all very last minute. But I think trying to fit the puzzle pieces together with all the new rules that were coming in. To try and make the jigsaw puzzle work.

Yeah, and how does it feel to be back?

Incredible. It was… the first, being back in the rehearsal room was amazing and being back with friends in the cast and this that and the other. And actually, I’m sharing a dressing room now with one of my best friends from drama school and we’ve known each other for ten years, but. Like, the feeling on the opening night. As soon as the overture started, like the crowd went absolutely nuts. It was like they needed it as much as we did.

Obviously, it’s part, it’s part of our lives, it’s something we love and we have such a passion for. But, to hear that the audience have also been so desperate to get that back, and that live performance feeling. I mean, I think we’re all so sick of seeing things on screens, so. Yeah, it was just incredible like it was hard not to kind of well up at the end of the show when everyone was applauding and on their feet. And yeah, it was really emotional.

The connection. I mean, like everyone, I love film and all that stuff and we learn so much from it. But it is, it’s just that connection with the audience and the fact that our audiences change every single night. Whether we’ve got an audience that’s really listening to the words and they’re not quite as loud an audience, but you can see that they’re taking everything in and you can hear they’re really getting all the dialogue. Or, an audience that are there for the live music and they want to have a bit of a sing along and have a drink and just have like a party. Yeah, it’s the fact it changes every single day because you’ve got 700 new people in front of you, all the time.

I started doing it as a kid. I went to like drama clubs and stage schools and eventually kind of worked out that it was something I’d want to do as a career. And then went on and did college, and like drama college in London as well and graduated in 2021.

What was it like graduating in the pandemic times?

Kind of yeah, it was crazy. It was kind of one of those things where you’re uncertain of what is out there, if there was an industry out there for us to graduate into, because everything was kind of shut down. But luckily, as time went on, things started reopening and shows started auditioning and I got in at the right time and got the job.

For you, what was the journey like from theatres closing to theatres opening again?

It was kind of, so my last year at Drama College we do like three productions. When we came back to do the first of the three productions, it was it was all socially distanced and like we kind of made up and devised a musical around socially distant measures, so it was all the dances. All the scenes were all socially distant, and so that was kind of, you know knew and scary but very fun, like working it out and stuff. And then I got an agent in my last year from that show and auditions were opening up again, but they were self-tapes obviously because of COVID, you couldn’t get all the people in a room at once. So, it was lots of self-taping, which was kind of strange for theatre, because you do it in front of the camera, whereas you know it’s very different. So, it was a very… I was a bit wary of what was going on and not too sure about what was going on, but was just going with the flow and seeing how it went.

I think when you’re in a theatre, and well as an audience member when you’re in a theatre, it’s just complete escapism and you forget about everything that’s going on in the world. And it does genuinely bring joy to people. So, I think there was a… that not being there, there was a loss in the community, kind of, that wasn’t happening. So, I think that was the biggest loss is that people just completely missed the togetherness of theatre because you feel like you’re in that story with the with the characters. So yeah, it’s been wonderful bringing it back.

Definitely. Do you think that people who were students were disadvantaged by the lockdown?

Yeah, yeah, I think so, completely. Being in the lockdown, lots of us kind of went home to our sort of… I’m from South Wales so I went back to Swansea. And after the college had kind of realised what the plan was, it was all put online. Well, like you know, drama school training is very in person. Lots of practical stuff going on and it’s hard to kind of do that from your living room. So, I was doing ballet in my living room, which was really tough, but. So, it was a massive disadvantage. I was at the end of my second year where – and I feel like you know, second year is where you learn most of your craft. So, I feel… I feel sorry for the people that went into second year during the lockdown because when I was at drama school, I felt like that was where I got all my training from. But, I think, from how it’s looking now, I don’t think that the that they are any worse off. They work just as hard from home as they were in school.

Amazing and yeah, how does it feel to be in theatres?

It’s brilliant and it’s lovely, and it’s the uplift that we all needed. Nobody could have imagined this happening. This is, you know, this is the sort of stuff you see in films, not real life. And it was sad. It was really sad. Theatres closing, shows, actors out of work having to go and get you know, what you’d call everyday jobs. One of the boys that we do the show with he was, you know, delivering food for Sainsbury’s, which, you know, is a great job and fine job. But when you want to be doing what we are doing, it can be quite… It can… It can feel uninspiring. So, so I did feel for, because, obviously I was in education when it happened, so I never really saw the brunt of the out of work actor. Yeah, yeah. So yeah, I do feel… I felt awful for the situation we’re in. But to be back where we are now and to see the progress that theatre has made, it’s, theatre gives you that, you know, happiness. But the fact that it’s reopened, it’s like another level of happiness, it’s brilliant. 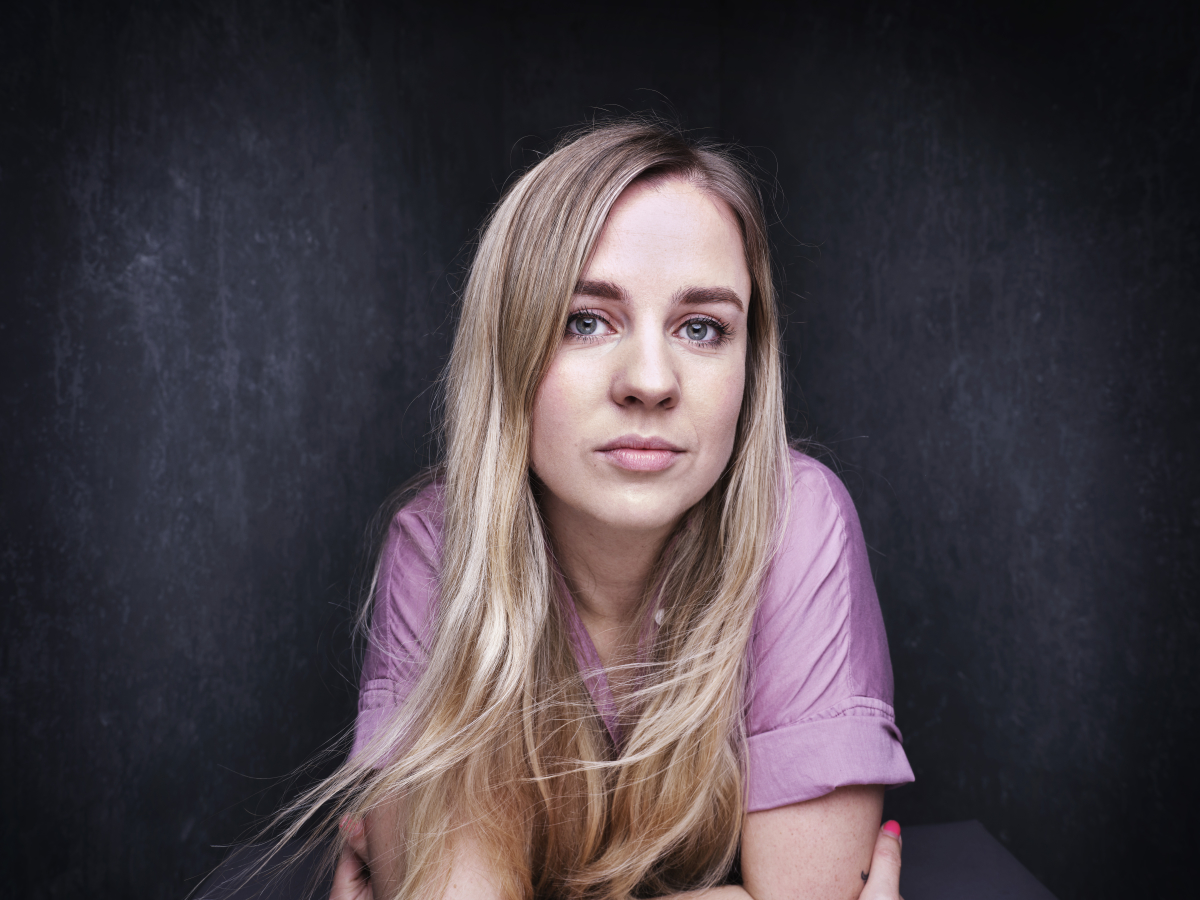 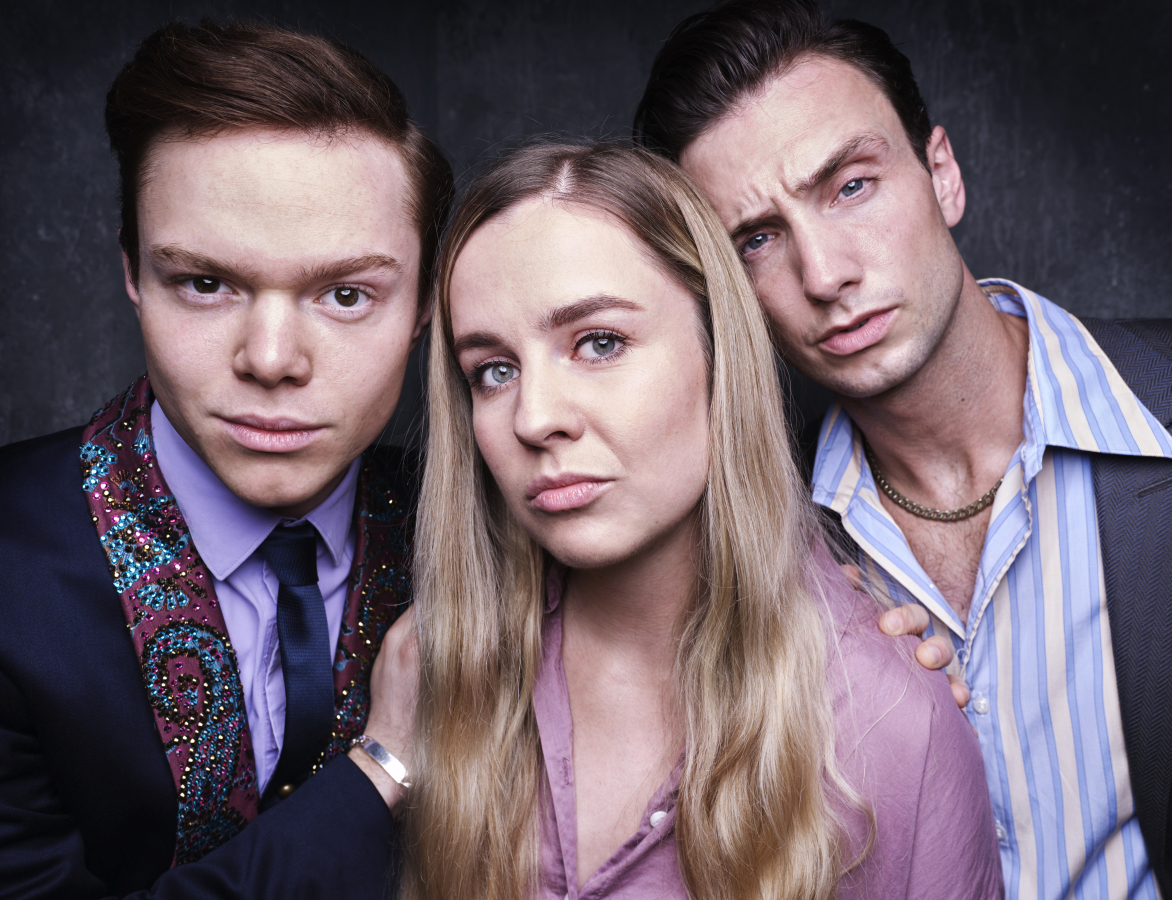 I think the best thing of my job is working with so many different people and also, like being able to put, you know, create this, the same piece of art every day. I love it. It’s so fun. Particularly with a big show like Jersey Boys, it’s really amazing to be able to show the same thing every day.

Why did you want to get into theatre?

If we could talk a bit about lockdown, so for you what was your journey from theatres closing to theatres opening again?

I did all sorts of things actually. I launched my own business, via my Instagram, which was great. It was… I was able to produce some exclusive digital content and have people pay to view it. So that was fun and a good focus. I also was able to do quite a lot of online teaching and things like that, and I was one of the lucky ones, I actually got to go back to work at the end of 2020. So, I used to be musical director for another show and we went back for a week at the end of the year. So, I got to go back to work for a bit and have my soul fulfilled. And then yeah, the start of this year just sort of was continuing. Running my online business, hustling. I’m very happy to be back now.

Yeah, it feels great to be back. It’s just so much fun being with friends every day and all doing what we love, feeling really fulfilled again. Yeah, it’s great. It feels like we never left.

Definitely the number one thing I missed was the atmosphere, every day. The amazing atmosphere, the audience just right before the show starts. That sort of feeling of excitement and what’s going to happen. I’d say yeah, that’s definitely.