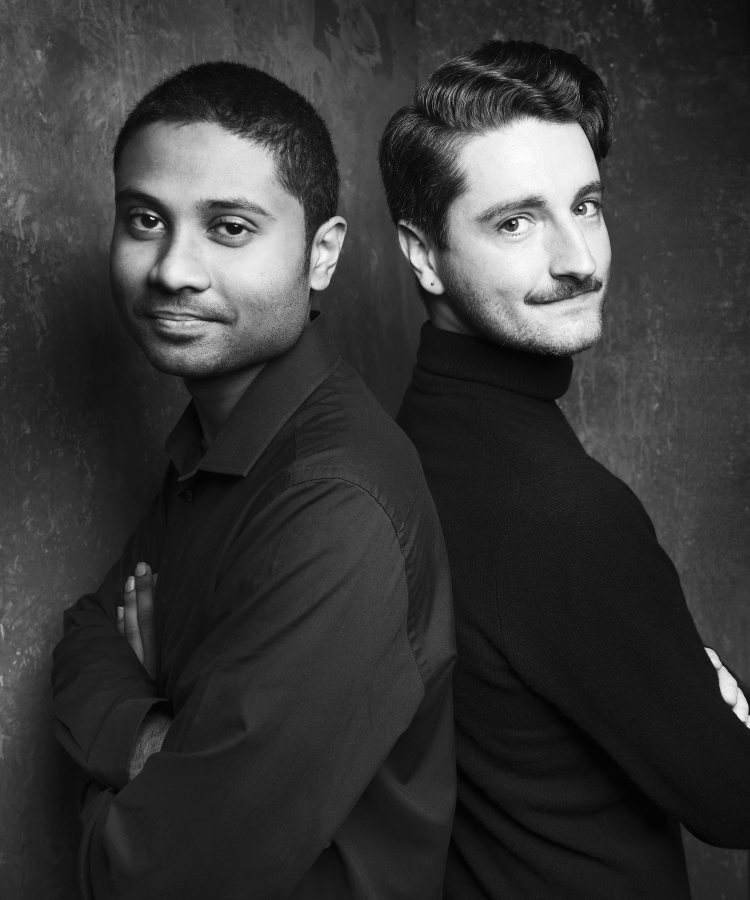 What was your journey like from theatres closing to reopening again?

As happened with everyone, obviously there was nothing for a very long time, and I was stuck indoors for seven months! It was hard because theatre was, is, and has always been my creative outlet and I thrive off that, so that was really difficult for me.

But, we made it and we’re back here now and I was lucky that I’ve sort of been working [solidly] since September last year. Even luckier, I was given the opportunity to work on Frozen, and I jumped at the chance. I’ve been a freelancer for a long, long time and I’ve never actually worked on a show! Normally we make props, work up until press night or opening night and then move on.

It’s really amazing to be in a theatre with a group of people. Because the process of making theatre is very intense – long hours, long days – you create a really nice family unit. And because of everything that’s gone on with lockdown people are just happy to be back – they’re so excited. Everyone wants to be back and see people again and be around people, so it’s been a really lovely process – so sweet and kind.

How does it feel being back in theatre and theatre being back altogether?

It’s really fantastic. It’s nice to kind of be part of a team again and make work and make magic. We don’t see much, being backstage at the show, we get glimpses. We’re six weeks into the show and there’s parts of it I’ve still not seen, but just to hear the reaction from the audience at the end… I know it sounds like cliche and a bit soppy, but it makes it all worthwhile. For a really long time, even backstage, whenever it ended and I’d hear the raucous applause, I used to get a little wet eyed.

What did you miss about live theatre during the pandemic?

For me, it was the making, it was using my hands and creating things that would be on stage. But also being around people again; I really missed that. Being able to share in that experience with other people and have a laugh, to me, [that’s] what it’s all about. We’re doing a slightly bonkers thing that not that many people get to do and it’s nice to be able to share that with other people.

What has the journey been like to getting back to the theatre reopening?

During lockdown, I was probably at the lowest point I’ve ever been. I thought I was never going back into the industry. I thought it was finished. So, I was working full time in a secondary school, and I thought that’s what my life was going to be, then very unexpectedly, the job came up, and here I am!

It feels really great. I think I definitely appreciate it far more than I ever did before. I’ve really realised how important it is in everyone’s life to have the arts, to have entertainment, to be together. I think I really value how important that is. It’s been great to be back to work, it’s been a relief if I’m honest, because I didn’t think it would happen.

What was the thing that you missed the most about their theatre?

As well as working in theatre, I’m a theatregoer. I like seeing things and seeing new things and seeing how the same stories have been reinterpreted differently. To see how far people can push the boundaries on stagE, that’s something I’ve really missed. 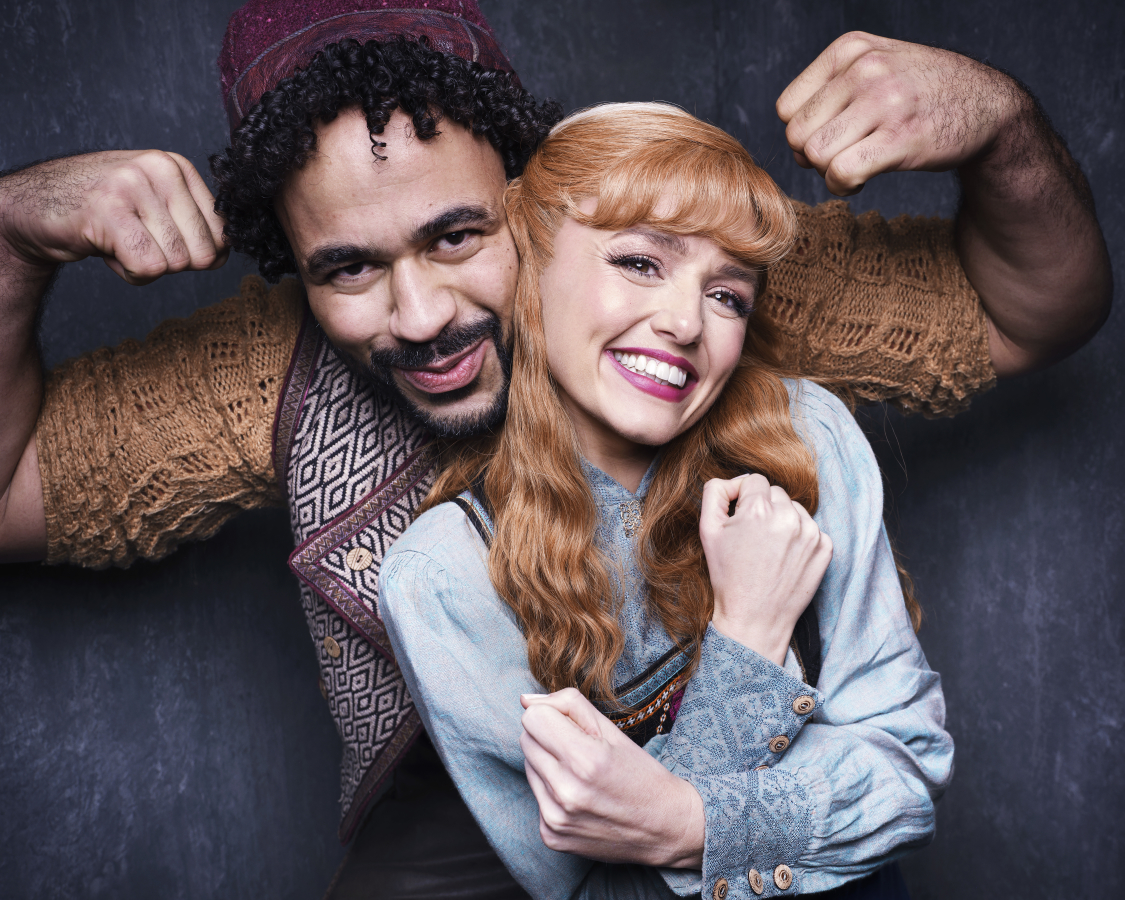 What was your journey from when theatres closed until they reopened?

I had actually just got the part in Frozen and I’d been over to New York and met with Disney. I came back with such a high and I was getting ready to start rehearsals in a few months. I [thought it was] going to be a couple of weeks, a couple of months, surely [it wouldn’t] effect our show because we still had a few months to go. So I went from being on Cloud 9 – bagging the best job of my career so far – to wondering if and when and how it was ever going to happen.

How does it feel now you’re open?

Amazing. In a way it feels like we were never gone. But I think we all just appreciate it so much more. It’s been really cathartic being in a beautiful and newly renovated, amazing theatre, Theatre Royal Drury Lane, with a full, full audience. And I think it’s as cathartic for us as it is for them, just to be back in that setting together, enjoying a live experience together. It’s just thrilling and every night we just have such amazing, amazing houses. So, we’re living the dream, really.

What did you miss the most about performing?

I think I missed the community of theatre. It’s not really performing, but just coming into the building every day and you see people in a show and backstage and your wiggies and the sound team and everyone more than you see your own family.

I missed that community that we have; turning up every day and every day being slightly different. Every show feels a little bit different every night, even though it’s the same material you’re doing over and over again. And I just missed that wonder everyday of what was going to wait for us when the curtain went up and the curtain came down. It’s just such a thrilling job. But I missed the people. I missed the people more than anything.

What has the journey been like for you in getting back to theatres reopening?

It’s been a long one! I was first cast in the show in August 2019 and it was two years later that we had our first performance. So, it’s been really quite a journey and from  finding out that I had the roll to actually being able to perform it in front of a live audience.

How does it feel to be back on stage again?

I think the pandemic really gave us time to pause and think about things. One instance is the protests of June 2020 and the Black Lives Matter movement and how wide-reaching some inequalities are. And I think there’s a part of me that hopes that actually, getting back to normal entails getting back to what a new normal is and redefining what our expectations are for a more equitable, inclusive theatre tapestry.

What did you miss the most about live theatre?

I think just breathing the same air as an audience and having a live reaction that you can experience with them together. Sharing that, sharing a moment together that can only happen that night. More so than anything that in TV or radio that can be edited. This is something that happens that is live and unique and transient.

What is it that you enjoy the most about working in theatre?

For a lot of artists who are theatre, it’s the collaboration. If I don’t have an entire team that I’m working with, then I’m just shouting in the dark to nobody. So, from lighting technicians, to front of house, to the audience members. It is… all of them make it the experience that it is. It’s not about me, it’s about all of us coming together.