Jenna Boyd, Beulah & Others, Come From Away, Phoenix Theatre 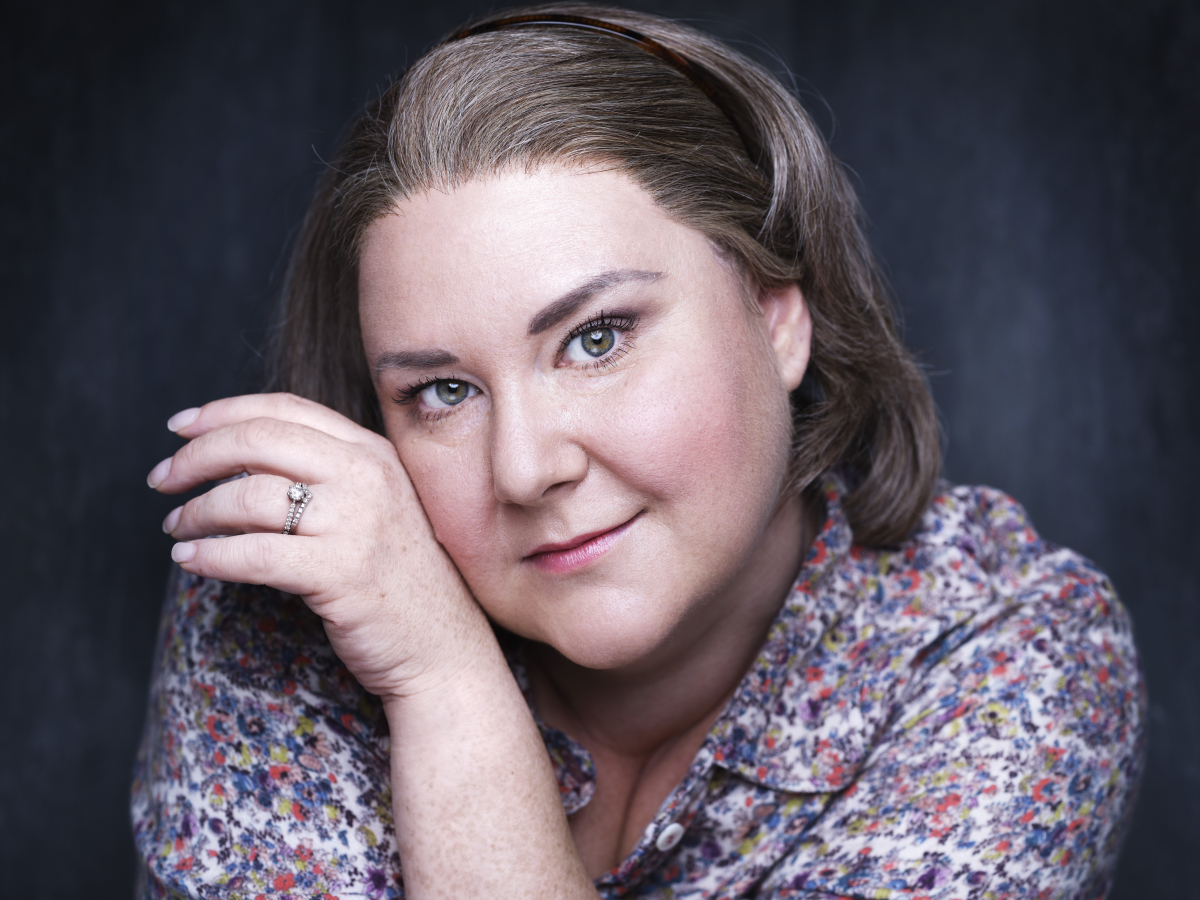 Oh, I was born with it. Really boring story, I was literally just born this way, it’s like a disease. Unfortunately, I have it so I mean it’s what I’ve wanted to do my whole life. I went to drama school, quite a normal progression really.

Oh my god absolutely incredible. I think it’s the closest I’m going to be to being in America’s Next Top Model so I was loving my life. I mean I’ve seen it all, I was like giving my best smizing-self.

I get paid to do the thing that makes my soul the happiest. Every day I feel grateful and every day I feel fortunate that I get to do the only thing in the world that I would be happy doing and I’m very lucky. And lockdown has shown me just how lucky I am so yeah, I’m very very grateful.

I think like with most people in theatre industry it was particularly difficult. You know to be told that the world is shut down, but we knew from quite early on that we would be right at the bottom of that list of things to return to normal. And you’re not just taking away people’s livelihoods which in itself is stressful enough but for a lot of us like myself, it defines who we are as a person, my job defines who I am and it was taken away. And there were some very dark days where I didn’t think that I’d ever get it back. I genuinely was concerned that theatre would never open again and that was unbearable.

Oh my god, oh my god it’s amazing, it’s everything. The best part about it is – I said this to people when we first started – it doesn’t feel spectacular it just feels normal and that’s even better. It’s just to know that we’re doing that thing again that I always assumed I would do and it just feels right and normal and that’s better than feeling utterly unbelievable. This is just what I’m meant to be doing.

What was the thing you missed the most about live performance?

Everything. I can’t quantify that. What did I miss? I missed everything. I missed being me because it’s such a part of who I am, I missed my friends, I missed my theatre family, I missed it all. I missed the audiences joy at seeing things and the buzz that you hear them making when they leave, I missed all of it. 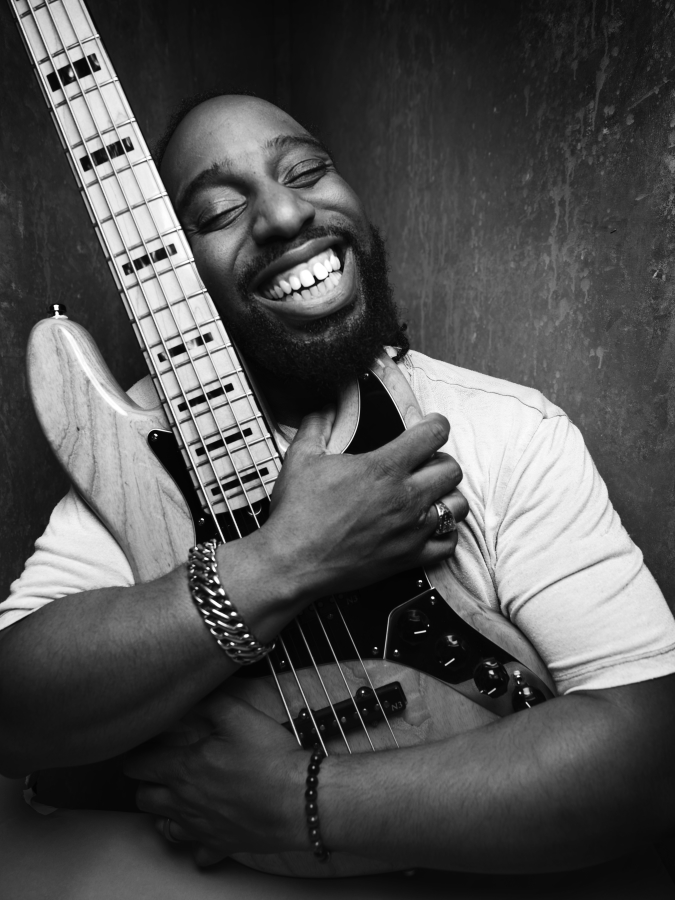 When did you start getting into music?

I started at three years old – messing around, pots and pans and drums and then I picked up the bass quite late. It was supposed to be an accident and it just changed my life really. Yeah, I have been playing bass professionally for almost 20 years now so it’s been a long time.

How did you start putting your music into the theatre context?

Well, shout out to David Gallagher. He was our fixer on my first production Sylvia at the Old Vic. We got called because they wanted to have a show where it didn’t feel like a theatre show but it was like a band show, and I was fortunate to get called to play the bass. David saw me playing and he said I think I’ve got something for you and I was like okay, what is it? He’s like this show called Come From Away and I was like okay why do you want me, I’m a session bass player, I’ve never been in the theatre line? And he’s like no I think you’ll be good for it and then I literally went in there and just did what I had to do so, I’ve been in there like three years now.

Rankin is really cool, he’s just so chilled. It’s my first time actually knowing about Rankin so meeting him and then getting to work with him, it just feels like it’s just a nice chill environment with me. He just wanted to capture the bass and capture me and he got the best of me in such a short space of time so it was really cool.

I get to play bass for everybody. I think I just like making people feel good, so when I get to use my gifts and my talents, I just like to see everyone enjoying themselves and it gets me everywhere I want to go.

Well it was going really well, quite exciting doing a show, Come From Away with the team and then when it got shut down it was a quite traumatic to be fair. Just not knowing what tomorrow is going to hold, so when you’re going through that period where nothing was open anymore, it was actually quite sad for me to be fair and didn’t know when it was coming back. I think it’s kind of easy to get caught into depression, but you always have to find something positive, so in my time I just still used my instrument and stuff and then we’re back and it was just nice to be back. I think the best thing about coming back is the gratitude of getting to do what you love, so my energy is even more explosive than it was before.

Absolutely fabulous, can’t beat it, love everybody. Everyone’s happy and just I’m just happy, grateful and full of it.

What did you miss the most about live performance? 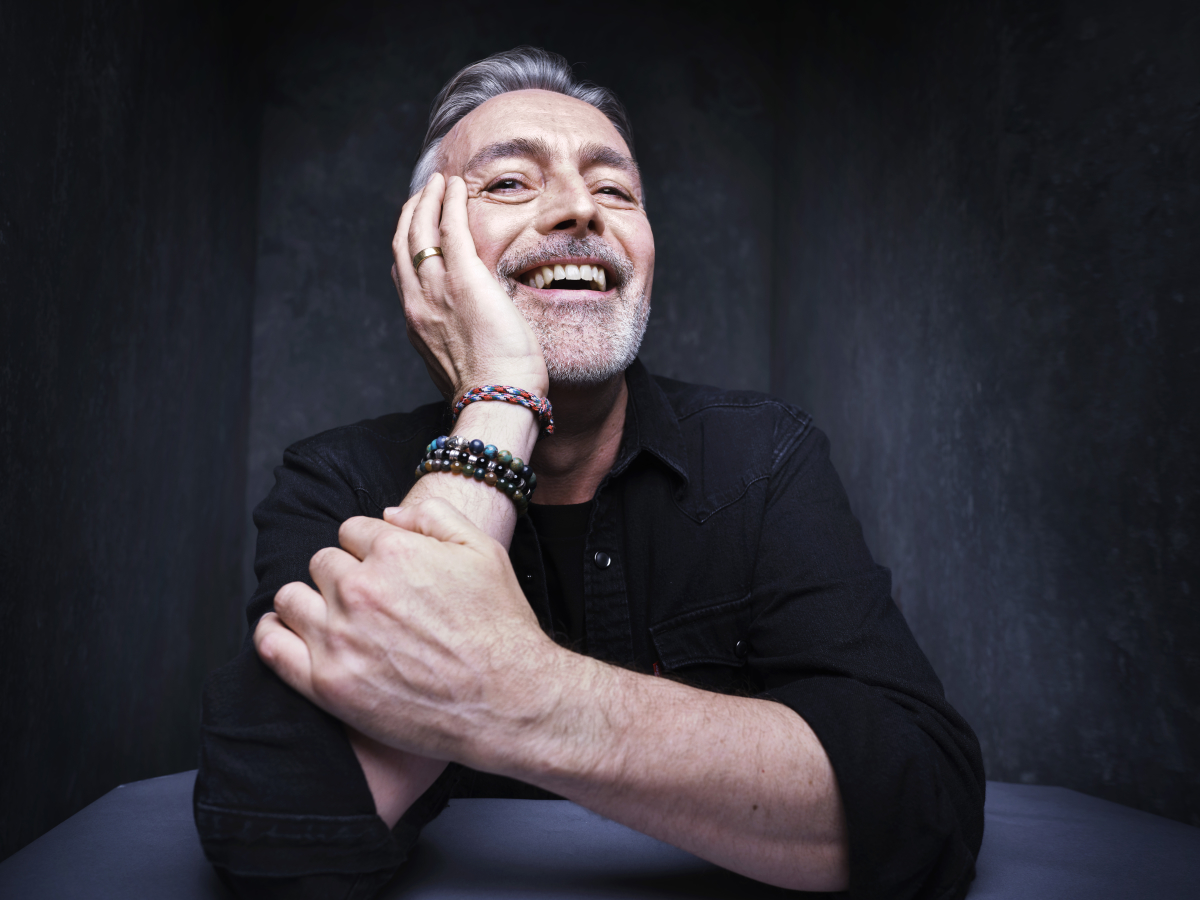 Well, initially I was an actor – I went to drama school, I worked [doing that] for about 10 years and then I moved to London and started doing costume department work. I’ve been doing it for quite a long time now.

I think there’s nothing like theatre. It’’s a whole world, a whole ecosystem. I’m never not looking forward to going to work, I love going to work; I enjoy everything – not many other people can say about their jobs.

I watched a TV programme with him [in], I think it was in during lockdown, and I’ve been a fan of his work since. So actually getting to work with him and seeing how he works – it’s just brilliant.

For you what was the journey from theatres closing to opening again?

When they closed, I think it was probably one of the saddest days of my life! It was horrible – I went home and I had a friend who was near Devon and I thought, ‘you know what, we’re not gonna open for a week or so, I’ll go down to Devon and spend some time there’ and I ended up spending six months. That first five months in Devon, it was great in one way but you could never relax because you didn’t know what was going on with theatre. I didn’t know if I’d ever do it again – it was terrifying. I came back, we were trying to get things started, but nothing was starting. But thankfully, Come From Away is such a brilliant show and they’re so supportive.

Awesome, it’s just great seeing everybody and this show is wonderful. The people in it; everybody is just so much fun to work with. It felt like being back amongst your family again. My second family.

The adrenaline you get doing it. It’s exciting, no two shows are the same so you never know what’s going to happen or how the audience are going to take it in. It’s such a good feeling.

Book Come From Away tickets