Back To The Future – The Musical

Rosanna Hyland, Lorraine Baines, Back to the Future – The Musical, Adelphi Theatre 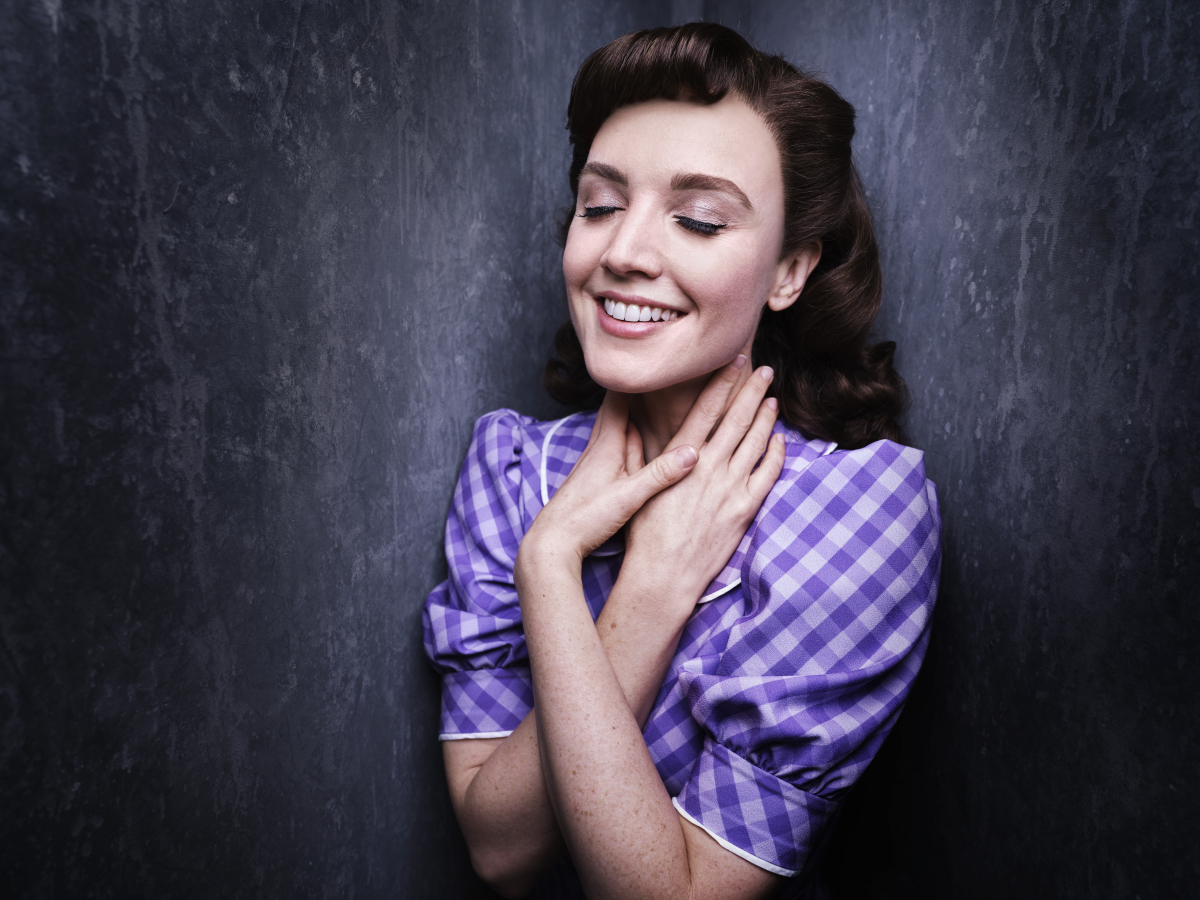 I think I was born with it. Yeah, I’ve had it since I can remember, you know just from a young school age, I always wanted to sing and dance and put on little productions in my living room.

Getting to escape into Hill Valley and make people laugh and sing my face off every day with some incredibly talented people. It’s a dream.

Have you always liked musicals?

Yeah, always love musicals since I can remember it’s just a magical combination of music and dance and heightened emotions.

Well we were running Back to the Future the Musical in Manchester when Covid hit and we had to shut down the day after we opened which was pretty devastating for all of us. We didn’t know at that time that we’d get to come back into the West End so it just felt after years of working on the show felt heartbreaking. So, it was a long year of waiting and crossing fingers that we get to comeback and when we did it just was even more satisfying and sweet and exciting than ever.

So thrilling, just so exciting to get in front of an audience again. It seems as though audiences are just so hungry for some live entertainment again and to be together again, to hear live music again and all of that, so it’s just been incredibly, incredibly satisfying and exciting.

What’s the thing you missed the most about live performance?

Cedric Neal, Goldie Wilson, Back to the Future – The Musical, Adelphi Theatre 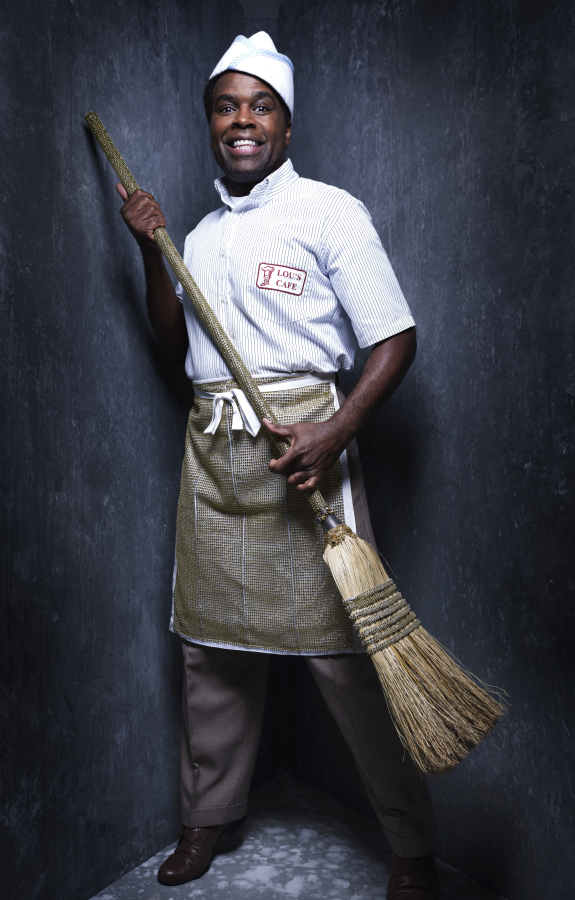 I got the acting bug when I realised that it could get me out of trouble as a kid! But no, I went to a performing arts high school in Texas. I went to performing arts high school to study classical vocal – which was opera-based – which led to musical theatre because one of my favourite teachers at the school was the musical Dean of the musical theatre department. She’s still one of the most important people in my life so I transitioned to musical theatre around 2001 and haven’t looked back.

The best thing about my job is knowing that I bring a smile to somebody’s face every night. Currently one of the best things about my job is that I’m contributing to the finances in my household again. My husband has been very patient with me the last 18 months but I’m a believer and I think that the gift of entertainment is divine and to deliver that gift nightly, it’s a blessing.

We had just opened Back To The Future The Musical in Manchester on the 14th [March 2020] and then the theatres were shut down on the 16th. I was one of the people who was fortunate to work during most of the pandemic in 2020. I did the first show back in London, [which was the] production of Jesus Christ Superstar at Regent’s Park Open-Air Theatre and then I did the production of Songs For A New World at the Palladium and then I did the Christmas Carol at the Dominion Theatre, so I was working consistently during 2020. But when 2021 came around everything shut down, literally everything shut down… I think I went through a major depression then. I didn’t identify it as a depression, but when they sent the call about Back To The Future, it brightened my spirits. So yeah, it was difficult because a lot of my identity is in what I do, so to not be able to do that… I was lost. But we’re back!

It was like a rebirth, a revival, it was like the world started spinning again. It was like my purpose could be fulfilled again, I know that sounds dramatic but that’s what it felt like to me. It felt like go, go, just go again and to be returning to the theatre world with my family that I had developed in Back To The Future, because we are a family, I couldn’t ask for a more joyous experience to get this theatre world spinning. It was reviving.

The number one thing I missed about live performance and on certain level I still miss it is the human contact because we’re being so careful with Covid restrictions. I like to touch people and smile and hug, I miss that. But to be in the theatre and like I said, to see the smiles on people’s faces from ages eight to eighty as we’re delivering this show, that’s what I missed. And the pay check!

Gaz Wall, Stage Manager, Back to the Future – The Musical, Adelphi Theatre 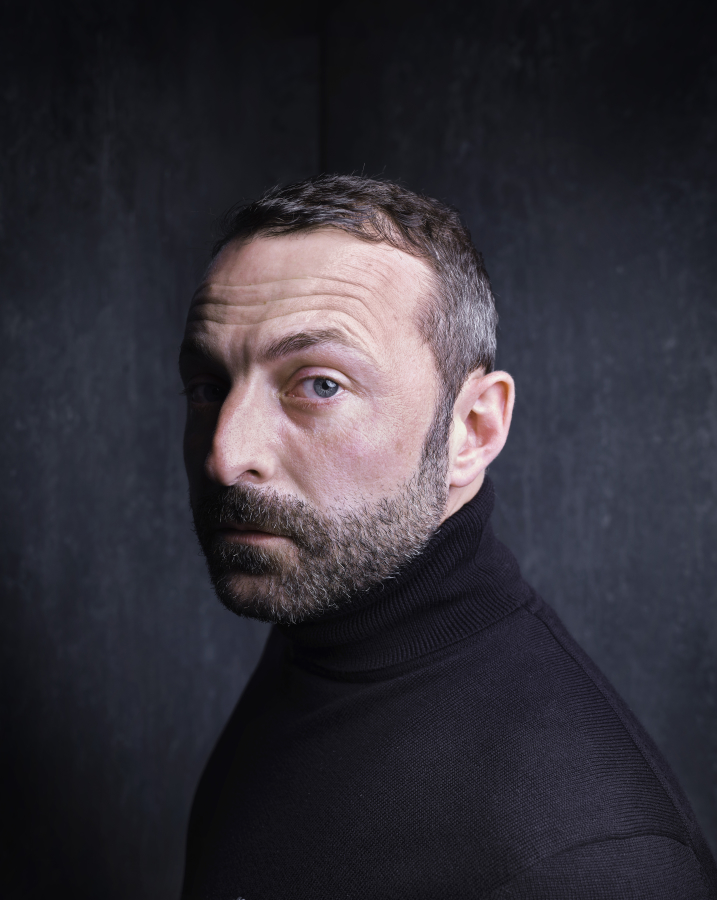 I started off as a scenic carpenter and a painter and toured a lot of large venue concerts and musicals around the UK and internationally and then moved to the West End in 2009 and worked on numerous musicals. Then I retrained in stage management, so I started off as an assistant and worked my way up to stage manager where I am now, and it’s been 17 years now!

Have you always been into theatre?

Not always, I left school and was in the military for four years and once I finished that, I went into theatre. I had an interest in theatre as a kid. My dad worked in theatre – he was a fireman but all the firemen used to work in the theatres in the evening, so I used to go as a kid and be around all that stuff. I did have an interest in it but it wasn’t my first career path.

I was handing a show over on Broadway and I got rushed back [to the UK] and then the lockdowns happened. Originally we cancelled six weeks of the job I was doing and we were due to fly to Japan and then that got cancelled. And that was it – all the work went away. I got some filming jobs once things started happening again; I was doing a lot of filming for a dance company so I had little bits and bobs but it was very sporadic. It was a lot of time at home and – like everyone else – battening down the hatches almost.

Great, nice, nuts! It’s gone from nothing to 100 miles an hour really quickly. But getting that groove back and getting into the whole process of putting on a show really quickly and the pressure that brings – that stayed the same. It does come flooding back pretty quickly.

I think for me I missed the people the most. You can be doing the biggest show in the world or the smallest show in the world – if you’ve got amazing people around you then that’s what this job’s all about for me. Obviously to do a performance night after night and deliver that to the best of your abilities is the main thing, but it’s all about the people you work with. To not have that environment for nearly 18 months was tough; that’s what I’ve missed the most I think. It’s nice to have that back.

What is your favourite thing about your job?

I’d love to say the pay packet but I’m not going to say that! I think just the excitement of it and the pressure of it every night. And again, the people that I work with, I take massive reward from that; my job is making sure they can do their jobs!

Book Back To The Future - The Musical tickets