# I MISS THEATRE
Are you missing theatre as much as we are? Support us now with Theatre Tokens and see your favourite shows when they reopen.

Everybody's Talking About Jamie at the Apollo Theatre

Shows to see this November

Radiators turned on, Halloween be gone, November – and almost Winter – is here! And with it brings London theatre shows galore, including a mix of hilarious new comedies, award-winning new musicals, exciting family spectacles and – whisper it for now – Christmas shows, with something on offer for everybody.

Here’re our top theatre picks for this month.

Robin: The Retreat’s list of cast and creatives reads like a “who’s who” of funny people. There’s the pen of Sam Bain, the genius behind the utterly hilarious Peep Show and darkly funny Fresh Meat, writing his first play. There’s Kathy Burke, the brilliant actress and comedian who regularly starred in French And Saunders and Absolutely Fabulous, directing. And there’s an absolutely sterling young cast putting it all on stage. Mix them all together, and you’ve got all the elements behind the Park Theatre’s latest-in-a-long-line surefire hit – I can’t wait. 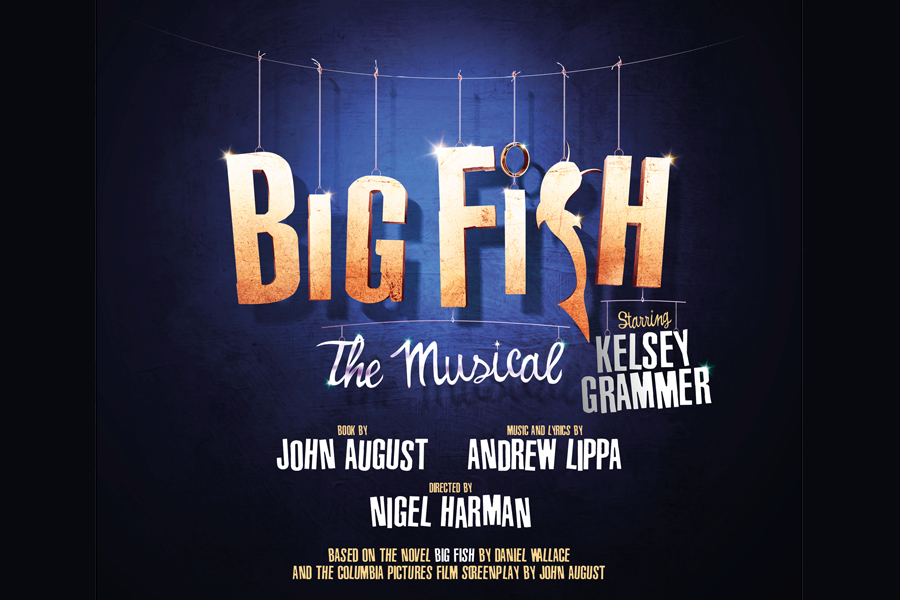 Sinead: Adapted from the much-loved book and Tim Burton movie, the brand new musical Big Fish is the perfect winter treat. Starring Tony and Golden Globe award-winner Kelsey Grammer – that’s Fraser to you and me – this story of a father and son on a life-affirming journey will warm your heart on the coldest of evenings!

Find out more about Big Fish The Musical on The Other Palace website.

Robin: An acting hero of mine, I can’t wait to witness the brilliant Bryan Cranston’s UK theatre debut in the world premiere of Network. With Ivo van Hove directing this adaptation of Chayefsky’s legendary film, penned by Our Ladies Of Perpetual Succour’s Lee Hall, and with a cracking supporting cast, this tale of an on-screen meltdown gone viral is positively bursting with reasons to see it – Walter White included.

Find out more about Network.

Jim: Part of the Rome MMXVII Season at the Barbican, the RSC is ready to wage war with Coriolanus. The play transports us back to the emergence of the republic of Rome, and I can’t wait to see Sope Dirisu take on this role – he was incredible in One Night In Miami at the Donmar last year.

Find out more about Coriolanus.

Dan: Hot on the heels of its UK Theatre Award success, Everybody’s Talking About Jamie struts into the West End. The new British musical tells the story of Jamie, who grabs the spotlight while overcoming prejudice and bullies. It’s the feel-good musical we all desperately need this year.

Jim: Get ready for a laugh and a look inside to what happens at Barber Shops worldwide. The hit play is back, and it should be as energetic and fun as it was a few months ago. Pro Tip: Book and arrive early, so you can see the action before the show from close to the stage.

Rachel: “Oh! But he was a tight-fisted hand at the grindstone, Scrooge! a squeezing, wrenching, grasping, scraping, clutching, covetous, old sinner!” One of the most well-known festive tales of all time is brought to life at the Old Vic this winter, starring Rhys Ifans as Scrooge, and John Dagliesh as Bob Cratchit. There’s a cracking creative team on board too, including Harry Potter And The Cursed Child writer Jack Thorne adapting the story. Merry Christmas, everyone

Dan: Julia Donaldson and Axel Scheffler are rockstars in the world of kids’ books, beloved by any child born after 1999. The sequel to their bestselling original The Gruffalo, The Gruffalo’s Child tells the story of a daughter who, despite her father’s very serious warning, sets off into the “deep dark wood” to find the “big bad mouse”. Expect to be completely charmed.

Rachel: There are some Christmas traditions that you just don’t mess with, and The Snowman at The Peacock is one of them. This will be the 20th year that the Peacock welcomes a dazzling array of festive characters including dancing penguins, magical reindeer, a snow princess, Jack Frost and of course, Father Christmas. The perfect family treat this Christmas.

Sinead: Performed in over 25 cities across five continents, La Soirée is an explosive cabaret bursting at the seams with a myriad of talented performers. From juggling to trapeze, and burlesque to comedy, there is something for everyone! This mesmerising show will fill you with awe, wonder and pure amazement. Don’t miss it.

The Lost Alhambra – 50% Off Drinks

If you click through to seat selection (where you'll see either best available or a seating plan), you will be seeing the most up-to-date prices. If this differs from what we've written on the calendar, please bear with us, as those prices will update soon.

We are now cancelling all performances up until and including 31 May 2020 to help us process existing bookings whilst we wait for further clarity from the government in terms of when we will be able to reopen.

We are so sorry that in these testing and difficult times you are not able to enjoy the show you have booked for and hope the following helps clarify next steps in respect of your tickets .

There is nothing that you need to do if your performance has been cancelled, but we do ask for your patience.

We are processing in strict date order of performance, so you are likely to be contacted after the date you were due to go to the theatre. However, we want to reassure you that you will be contacted, and your order will be processed, but please do bear with us.

We’d like to thank everyone who has been patient and kind in dealing with their ticket providers so far and we are sorry that we cannot process your order as quickly as we would like.

Please do not contact your credit card company as that will slow the process down and put an additional burden on our box office and ticket agent teams.

In order for us to serve our audiences the best we can, please do not get in touch with your point of sale if you have booked for performances after 31 May. Please be reassured that if we have to cancel future performances you will be directly contacted by your theatre or ticket provider. Our producers continue to plan for all eventualities dependent on the individual needs of their shows and we will provide further updates on specific shows as and when they become available.

We look forward to welcoming you back into our theatres as soon as we are allowed to resume performances. In the meantime stay safe and healthy.

While theatres are currently closed, various venues and productions are making announcements for their individual shows, including cancellations and rescheduled performances. Please check with the individual shows for details.

Stay up to date